The Balkan Investigative Reporting Network began a three-day course in Belgrade to train journalists from across the former Yugoslavia in reporting on war crimes trials and other transitional justice topics. 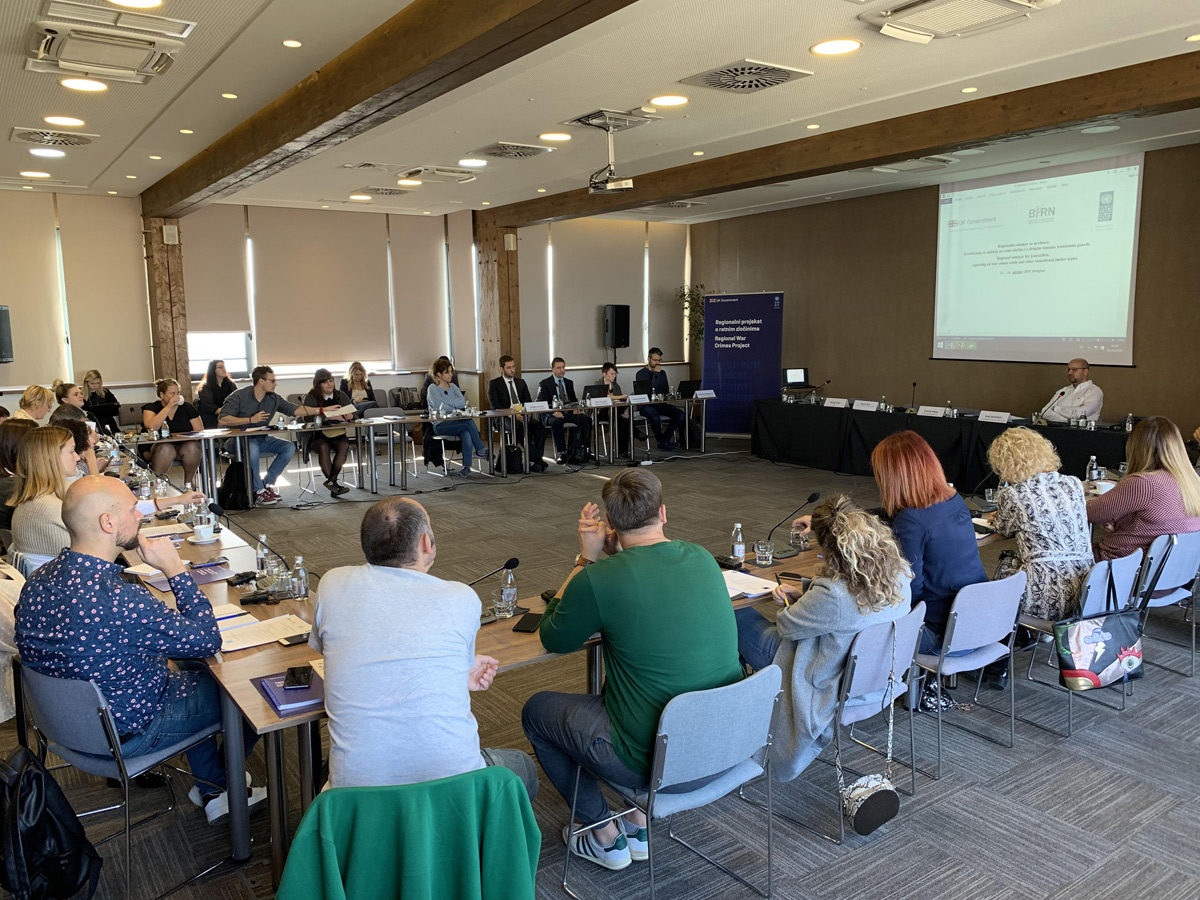 The three-day training course on transitional justice reporting, organised by BIRN in cooperation with the United Nations Development Programme, UNDP, started in the Serbian capital Belgrade on Monday.

A total of 25 reporters from various countries across the former Yugoslavia are being trained by journalists with substantial experience in covering war crimes trials and transitional justice topics, and hearing from experts who are directly involved in legal processes, such as prosecutors and court officials.

The participants were addressed at the start of the course by Francine Pickup, the UNDP resident representative in Serbia, who pointed out that there are still hundreds of war crimes cases to be prosecuted in the region and said that the training could help journalists address challenges they might face while reporting on the proceedings.

“We hope that this training will help you in your reporting and that it will give you some advice on how to strengthen your relationships with relevant institutions,” Pickup said.

As well as looking at the essentials of criminal procedures, best practices for reporting on cases and sources of information for journalists, the course also focuses on the role that victims play in war crimes trial processes.

BIRN’s Regional Director Marija Ristic said that the idea of the training course was to look beyond the proceedings in war crime trials and use the archives that courts have built up and the legacy of their judgments as story material.

“This job is very rewarding because we are giving a voice to the victims and sometimes, if it was not for us, their stories would never be told,” Ristic said.

After the course, the participants will be required to pitch an in-depth story about transitional justice issues in the Balkans.

From the pitches and general assessments of the participants during the course, BIRN will select ten journalists to participate in a study visit to The Hague that will be held in November.

The journalists who propose the best stories will receive a grant of 1,000 euros from BIRN to further develop their work in cooperation with BIRN’s experienced pool of editors.

The project is being supported by the United Kingdom’s embassy in Belgrade and the European Commission.

UK embassy first secretary Chantel Care said that it is important for journalists to strengthen their networks and partnerships, and told the participants that “you have the opportunity to do that here”.