Investigative journalist Klodiana Lala was given the Free Speech Award by the South East Europe Coalition of Whistleblower Protection on March 22 for a story she produced using a BIRN reporting grant. 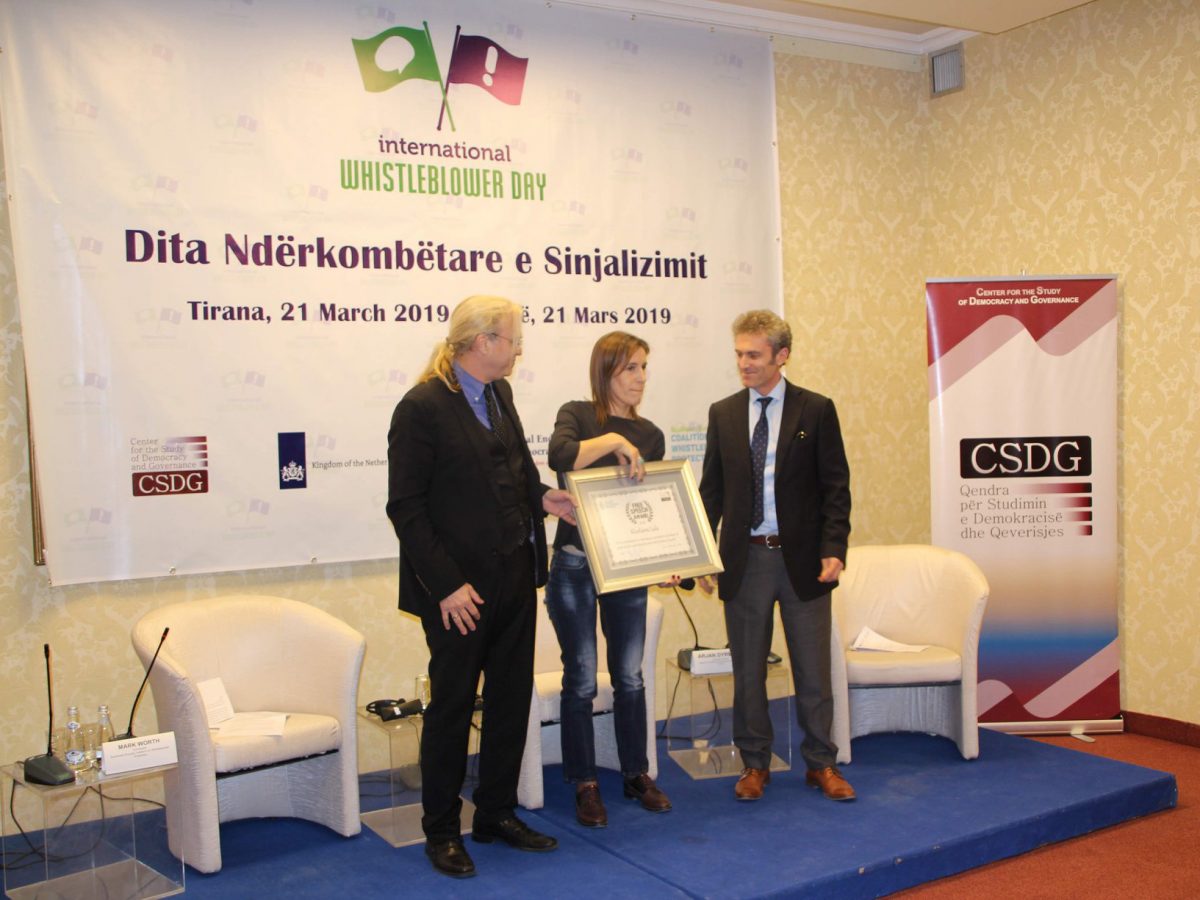 “Klodiana Lala revealed in January that a political party has manipulated the 2017 parliamentary elections in cooperation with organized crime groups, threatening voters and promising illegal gains,” said Mark Worth, executive director of the European Center for the Rights of Whistleblowers, while presenting the prize.

“Her investigations for BIRN have revealed wiretaps of high level officials and former MPs involved in vote buying, corruption and criminal activities,” Worth added.

A journalist for Albania’s News 24, Lala was the recipient of a grant and mentorship from BIRN Albania editors, as part of an open call for stories on organised crime. She was part of a group of more than 30 journalists supported by BIRN Albania in 2018 with reporting grants.

As part of the call, Lala produced an investigation on the nexus between organised crime, local politicians and election fraud, published by BIRN Albania’s online publication reporter.al with a TV version broadcast VOA Albanian language.

Lala has reported on organised crime and justice for more than a decade. In August 2018, the home of her parents in Tirana was sprayed with bullets by an unidentified assailant. The attack was condemned by human rights organisations and politicians, but the culprits have yet to be identified.