Natalija Jovanovic wins top award for her groundbreaking story on the number of COVID-related deaths in Serbia, which President Vucic initally rubbished, only for it to be confirmed later on.

She is the  frontrunner for the “Young Journalist” award. Albanian journalist and BIRN contributor Esmeralda Keta won the jury’s special mention.

The awards ceremony was held on Thursday online in Belgrade.

Jovanovic is “a tenacious and brave reporter; the jury valued her story focusing on checking different COVID-19 data from different sources, carrying out her journalistic work through in-depth research,” the jury stated.

Her story “Serbia Under-Reported COVID-19 Deaths and Infections, Data Shows”, drew sharp reactions and comments from politicians, health experts, journalists, international organisations and others, and was quoted by influential media outlets across the world.

The subject of her article, published shortly after the June elections in Serbia, has become one of the main political and social issues in the country in recent months. 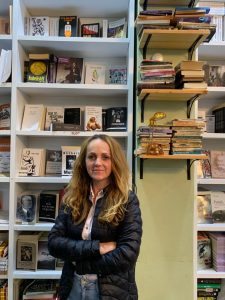 “I am very grateful for this prize and it means a lot to me. This pandemic placed a lot of challenges on all of us, but it has also encouraged us to be insistent and seek the truth, no matter what price is paid,” Keta said during her acceptance speech.“

Cecilia Anesi, investigative reporter at the online media of IRPI (Investigative Reporting Project Italy), was the winner in the “Professional Journalist” category.

This year’s edition of the CEI SEEMO Award gave priority to works covering issues related to the coronavirus crisis.

Before the awards ceremony, a conference, “(Re)Think the Digital – Reliability of the media, economic aspects of the pandemic, sustainable digital transitions in South East and Central Europe”, was organised simultaneously in Belgrade, Fažana, Podgorica, Sarajevo, Sofia, Tirana and Trieste.