BIRN Kosovo on Monday held the first in a series of debates discussing the findings from its audit report monitoring project, which analyses reports published by the National Audit Office, NAO, on Kosovo’s municipalities. This debate was held in the municipality of Ferizaj/Urosevac. 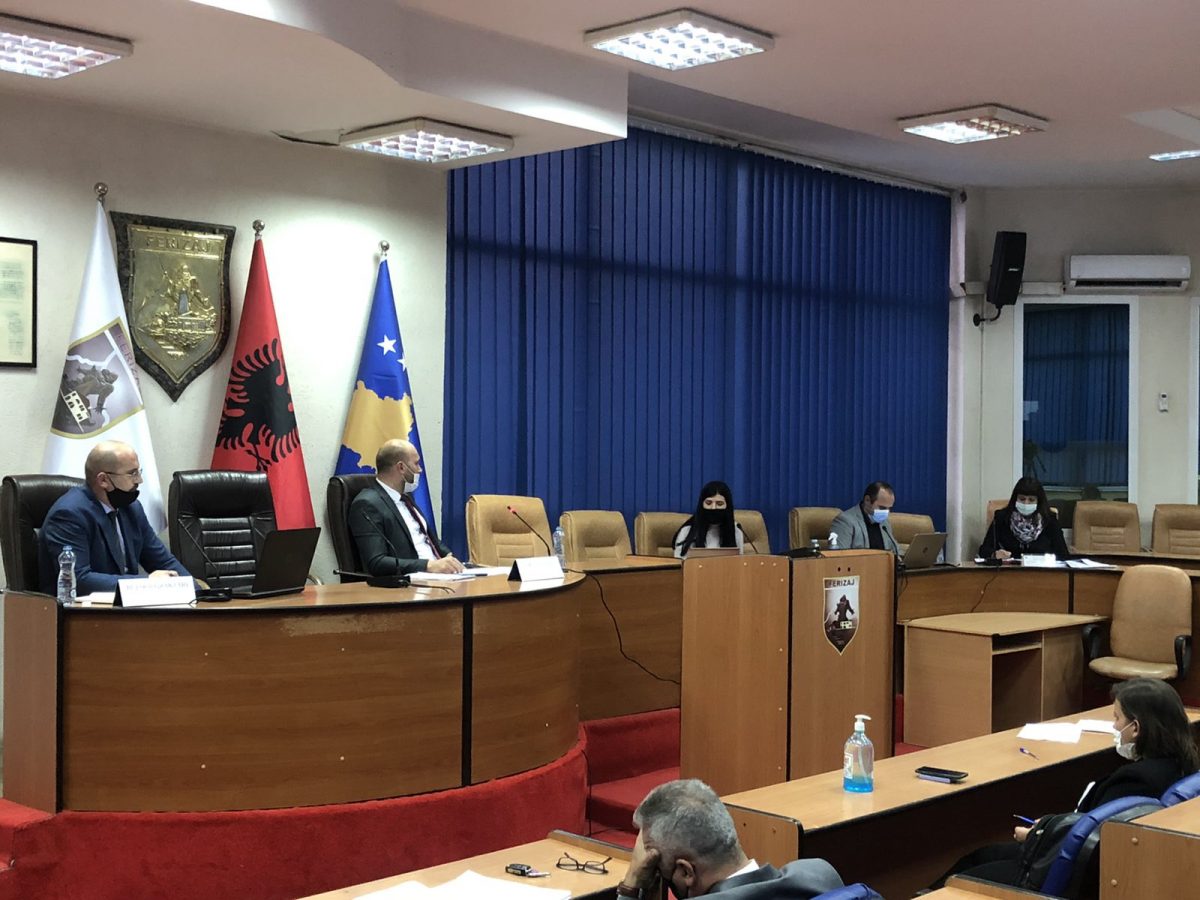 The results of BIRN’s monitoring and analysis were published and discussed at the debate in the town’s municipality.

Due to the pandemic, the debate was attended by a limited number of participants from the municipality, the National Audit Office and civil society organisations. The debate was also streamed live on BIRN’s anti-corruption platform KALLXO.com.

Visar Prebreza, BIRN Kosovo’s managing editor, gave a brief presentation on the project and its findings, stating that the implementation of the NAO’s recommendations increases public well-being, improves governance and above all conserves the municipality’s budget.

Prebreza said that the audit for the municipality of Ferizaj/Urosevac had improved, but added there was still a lot of work to be done.

The deputy mayor of Ferizaj/Urosevac, Arton Gavazi, said that the audit report for 2019 for the municipality shows a better situation than the report for the previous year, and contains fewer recommendations. He pledged that all recommendations given by the Auditor General will be addressed and implemented.

Bujar Bajraktari, the head of the Audit Department for Municipalities at the NAO presented the report, and outlined:

“In addition to the opinion stated in the report we have raised several issues covering various areas of financial management, including revenues, expenditures, asset management, and liabilities, and 20 recommendations were given,” Bajraktari said.

As well as providing an opportunity to discuss the implementation of recommendations by the NAO, the debates also give BIRN the opportunity to record promises made by both the National Audit Office officials and the municipality of Ferizaj/Urosevac. These can then later be followed-up through KALLXO.com’s fact-checking platform, Krypometer.

This debate was organised within the framework of the project ‘Support Civil Society to Increase Public Oversight and Accountability of Kosovo Public Institutions’, which is funded by the British embassy in Pristina. This specific activity is organised as part of the component looking into targeted institutions’ compliance with recommendations from the Auditor General’s reports.

Similar debates will be held across other municipalities in Kosovo, with the aim of presenting BIRN Kosovo’s analysis of the progress made in implementing recommendations made by the auditor. Every debate will be live streamed by BIRN Kosovo.