BIRN Kosovo’s Friday Forums, organised each month since 2015, are events to which public officials and diplomats are invited to have an open, off-the-record conversations with all BIRN’s staff based in municipalities across Kosovo. 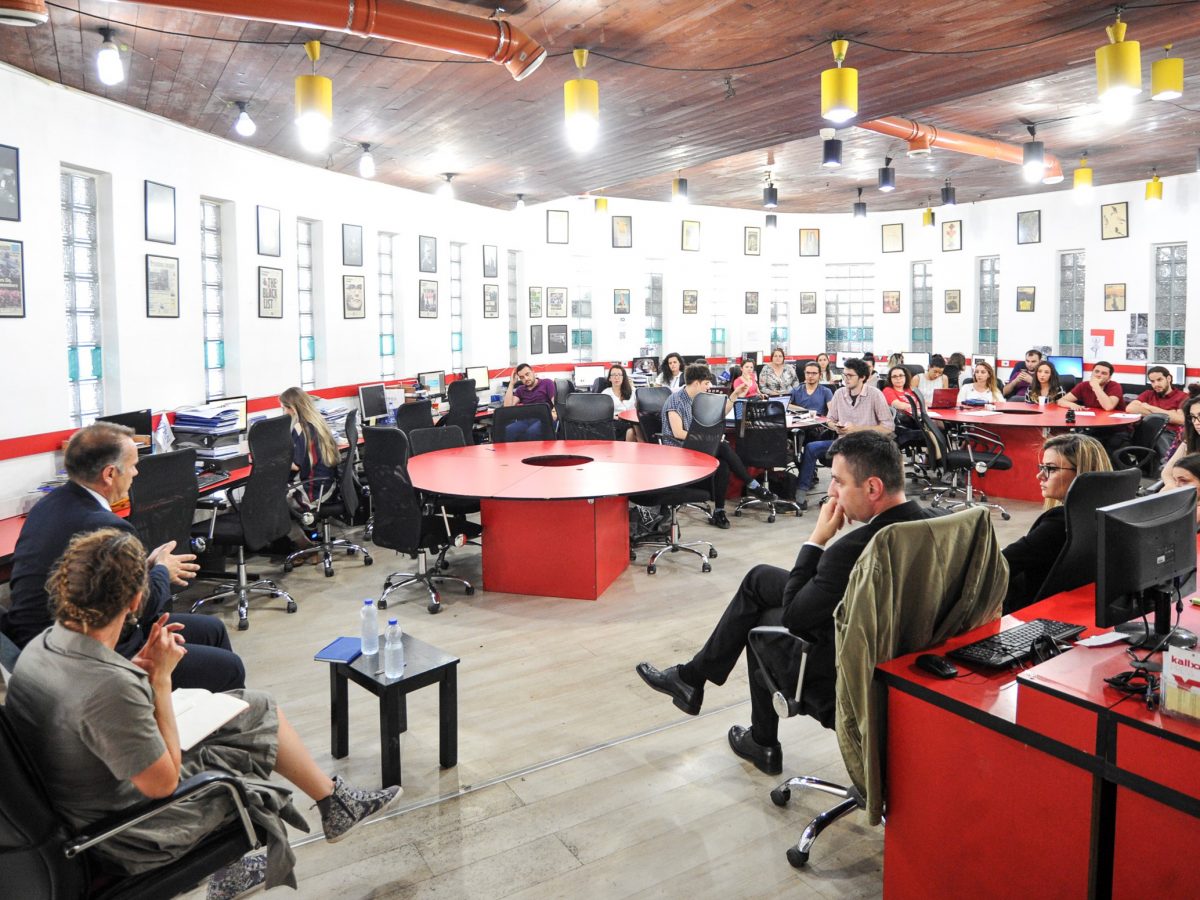 Past attendees have included senior officials from Kosovo and international diplomats.

“The point of these briefings is that our staff gets to pose better informed questions when they are covering a topic, and by meeting a lot of officials and diplomats in an off-the-record setting, they will know more about the topic, than from what they are likely to get from formal declarations,” said BIRN Kosovo’s director, Jeta Xharra.

Friday Forums are organised under Chatham House rules – the format used by Britain’s Royal Institute of International Affairs, with the aim of encouraging openness of discussion and facilitating the sharing of information. The format is now used throughout the world as an aid to free discussion of sensitive issues.

On February 1, Rozafa Ukimeraj, secretary of the Ministry of Local Governance, was BIRN Kosovo’s guest, along with Per Strand Sjaastad, the Norwegian ambassador to Kosovo.

Before that, at the end of October 2018, Rashit Qalaj, the director of the Kosovo Police, took part in a fruitful discussion with journalists just a few months after taking office.

On those Fridays when there are no guests, BIRN staff discuss relevant issues.

Friday Forums have in the past hosted: Natalya Apostolova and Samuel Zbogar, heads of the EU office in Kosovo; Christian Heldt and Angelica Viets, German ambassadors to Kosovo; Tracey Jacobson and Greg Delawie, US ambassadors to Kosovo, and Ruairi O’Connell, the UK Ambassador.