The Balkan Investigative Reporting Network in Albania held a roundtable discussion for civil society activists and journalists on the topic of property rights and housing. 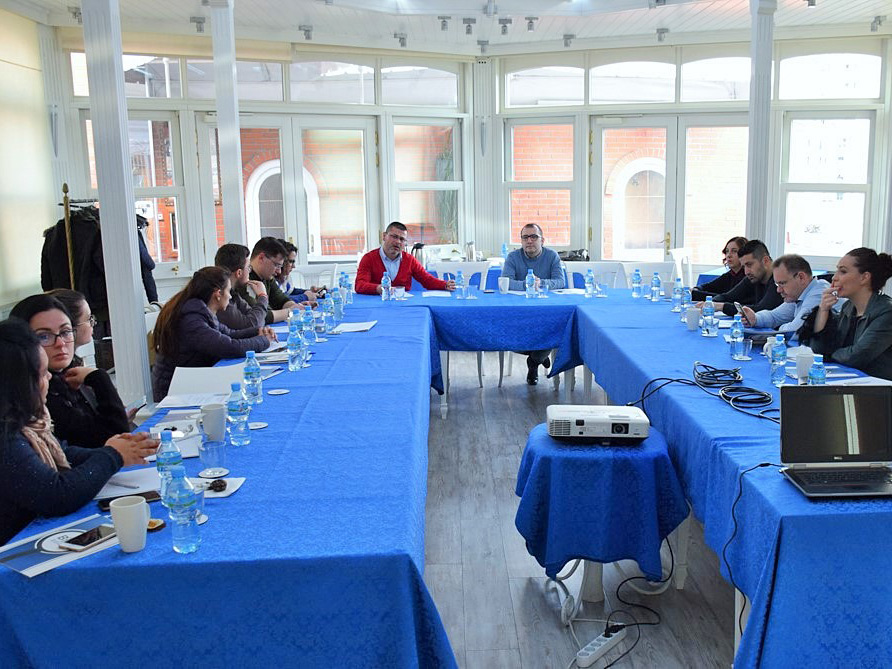 Around 20 journalists, experts and civil society representatives gathered in Tirana on February 13 to discuss strategies that investigative reporters can use in order to better report on property rights problems and housing.

The event was held as part of the project ‘Exposing Corruption Through Investigative Reporting’, financed by the National Endowment for Democracy.  The project’s aim is to strengthen journalistic reporting on corruption in the country through cooperation with civil society, in order to contribute to a more informed citizenry that is engaged in the democratic process.

The roundtable was moderated by Gentian Serani, an activist from the Youth Movement for Roma and Egyptian Rights, and BIRN Albania editor Besar Likmeta.

During the roundtable, the participants suggested a series of key topics to be investigated, including problems with the management of public properties, discrimination against minorities in the rental market, as well as gender discrimination in property inheritance. Problems with property legalisation and the registration process, as well as the award of building permits, were also highlighted.

The goal of the roundtable was to draw attention to an upcoming call for investigative reporting grants on the topic of property rights and housing, which will be launched in the coming week by BIRN Albania.

Three journalists will be selected by an independent jury and will be mentored by BIRN editors for a period of three months to produce hard-hitting investigative reports on the topic.