On December 4, BIRN Kosovo held the tenth and final training session with high school students from Gorazdveac, a Serbian village in the region of Peja, as part of the EU funded project “Solidifying the Resilience of Kosovo’s Current and Future Journalists”. 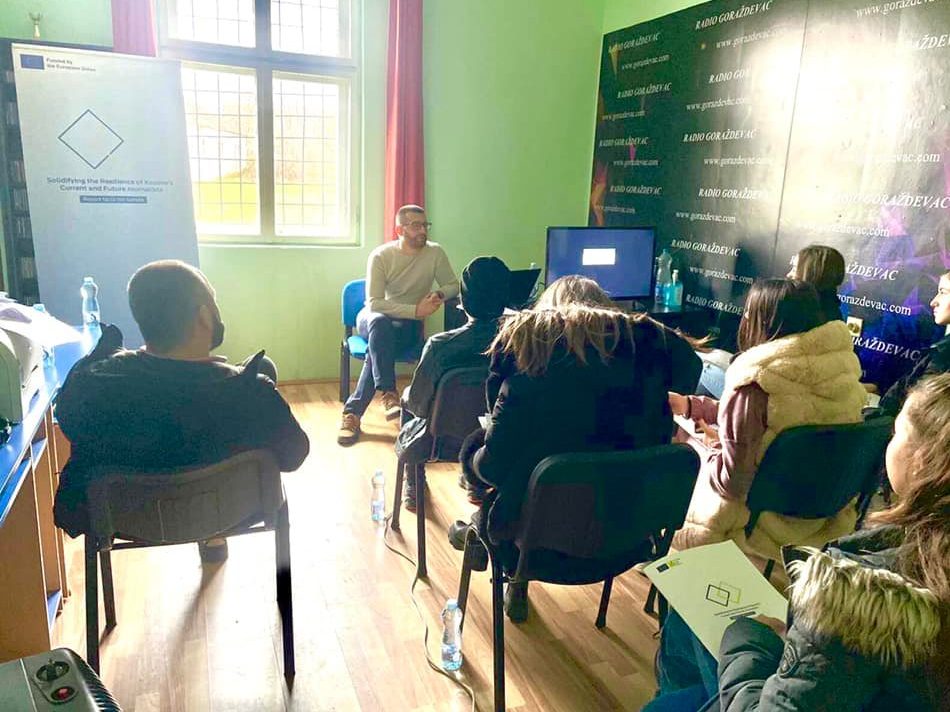 The training which was held by trainers including Darko Dimitrijevic– a journalist and Executive Director of Radio Gorazdevac and Milic Petrovic – a producer at Radio Gorazdevac was aimed at students of Kosovo’s state-run high schools that are interested in undergoing training in media production, media literacy and tackling fake news.

A total of 11 students from Gorazdveac participated in the training, 6 of whom were women. While the training took place in the offices of Radio Gorazdevac.