On September 27, BIRN Kosovo held a training module for journalists on reporting labour rights. The training brought together 20 journalists from different communities who learned more about reporting on injuries at work, workplace safety, mistreatment and breaches of employees’ rights, lack of employment contracts, annual leave and maternity leave, among others. 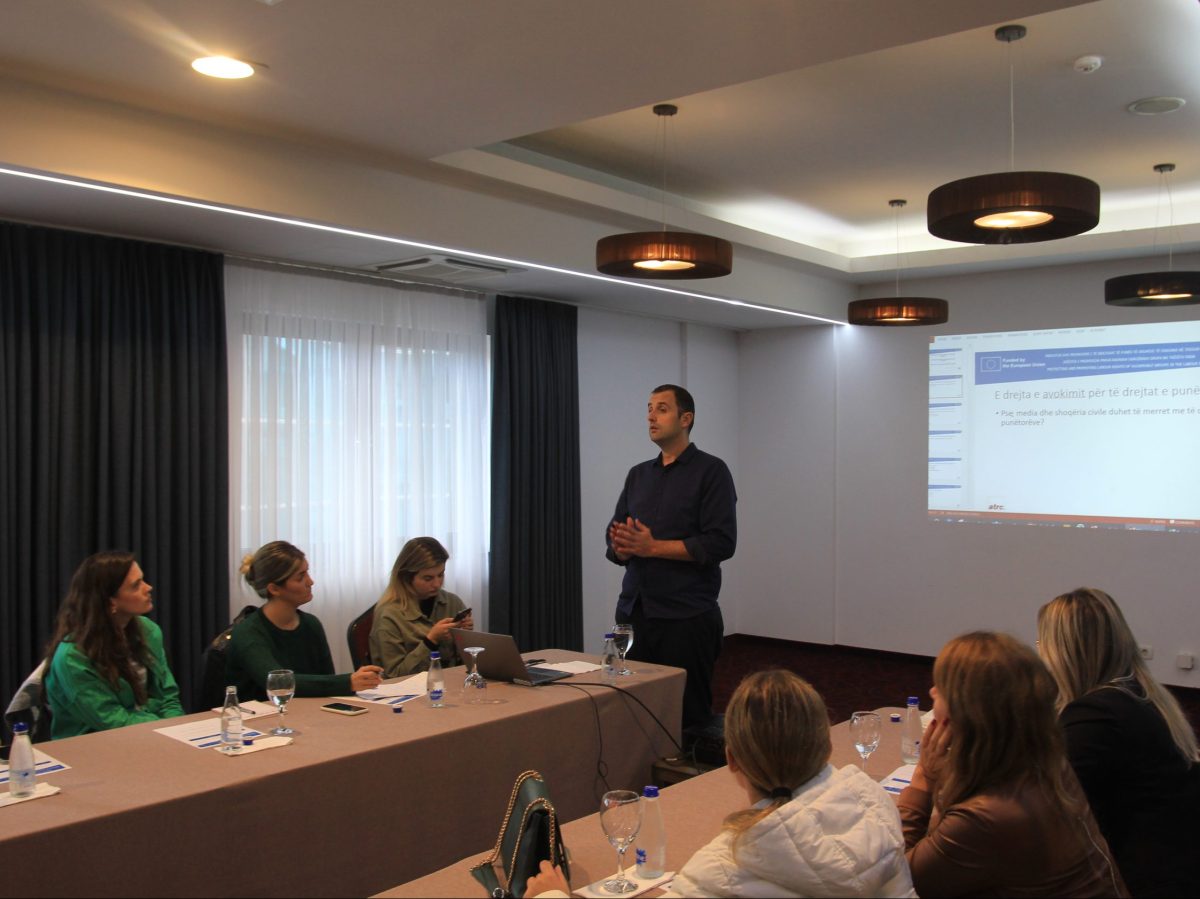 Training was delivered by BIRN editors Kreshnik Gashi and Visar Prebreza, who have extensive experience in investigating, reporting, training and advocating these issues.

The Labour Inspectorate said it would increase the number of inspectors to up to 100 by the end of this year. This year alone, nine workers died at their workplaces. It noted healthy cooperation between the Kosovo Labour Inspectorate and international labour organizations.

Labour Inspectorate Chief Nikci added that there is still no database recording workers working without contracts, or if their overall rights are being violated.

Kreshnik Gashi, editor-in-chief of the anti-corruption platform Kallxo.com, spoke about the use of whistleblowers and about building cooperation with institutions that deal with workers’ rights. He stated that some 50,000 workers in Kosovo have no work contracts and that Kallxo.com has received more than 500 reports from workers claiming their rights have been violated.

Visar Prebreza, Managing Editor at BIRN Kosovo, spoke about the topics that journalists can cover regarding labour rights.

Of the 20 journalists participating, from different media, 13 were women and four from minority communities. All participants will be asked to send story pitches to BIRN. Ten will be selected to win a bursary of 500 euros to write stories related to such important topics.

BIRN Kosovo’s journalists and editors will provide editorial support to the winning journalists in the process of identifying their topic of interest, the drafting of their editorial work and the final publication of their media products. These will be published on BIRN’s flagship anti-disinformation platform, Kallxo.com., in a TV/online format.

The bursary and the one-day training module are organized in the framework of the EU-funded project, “Protecting and promoting labour rights of vulnerable groups in the labour market”, which is implemented by ATRC and BIRN Kosovo.

The project aims to improve the working conditions of vulnerable categories of employees, notably within the private sector, including their workplace health and safety, through the promotion of social dialogue between workers and duty bearers.