To reinforce the role of Centers for Social Welfare and members of other municipal institutions in preventing violent extremism and terrorism in Kosovo, as well as strengthening the process of reintegration and resocialization for returnees from the conflict zones, BIRN Kosovo held a regional workshop on May 12. 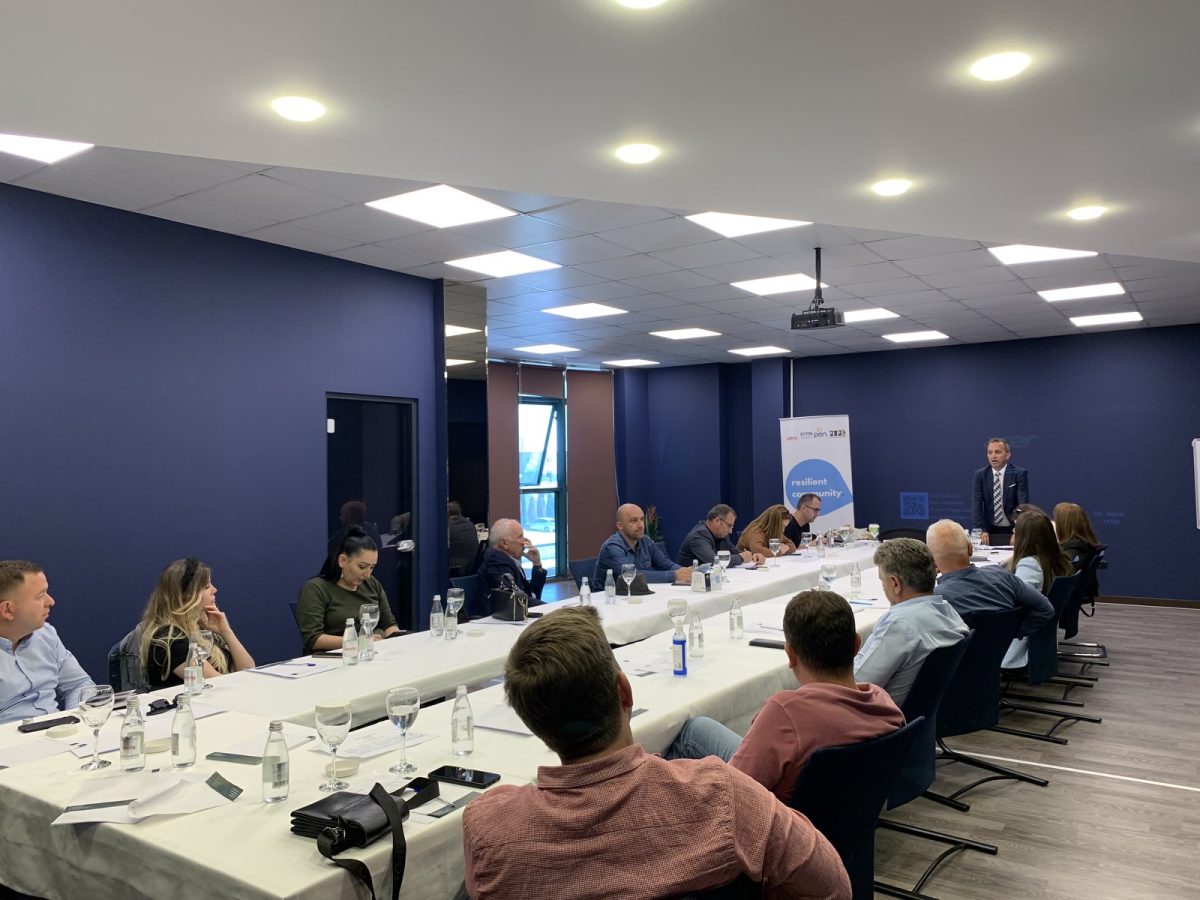 The workshop consisted of two sessions. The first, delivered by Kreshnik Gashi, editor-in-chief at KALLXO.com, focused on the state’s vision of preventing radicalism and violent extremism that leads to terrorism, as well as reflecting this vision in communication with the public.

The second session was delivered by Mursel Zymberi, Director at the Centre for Social Welfare in the municipality of Gjilan.

This focused on the role of Centers for Social Welfare in the early identification of radical behaviours, as well as in the treatment of people affected by violent extremism.

In total, 18 representatives from Centers for Social Welfare and members of other municipal institutions participated in the workshop.

This regional workshop was the second one held by BIRN Kosovo, organized as part of the “Resilient Community Program”, which is funded by the Global Community Engagement and Resilience Fund, GCERF.

BIRN Kosovo aims to support the democratic transition in Kosovo and the implementation of human rights and media freedom by continuously holding training sessions and workshops.

Each consisted of a lecture by Kreshnik Gashi, and brought together psychologists and directors of schools. Guests shared their experiences with people, more specifically students, whose families had returned from the conflict zones in Syria and Iraq, and the process of reintegration and re-socialization to which they have been subjected.

As part of the project “Promoting fact-checking to combat false news and misinformation in Kosovo”, supported by the US embassy in Kosovo, BIRN Kosovo held three trainings on fact-checking methodologies with a total of 50 journalists in the municipalities of Prishtina, Prizren and Gjilan.

The training comprised three parts. The first covered IFCN standards, the basics of fact-checking, and the differences between misinformation, fake news, deep fakes, and other fake news production formats.

The second part was dedicated to identifying fake news and harmful narratives in the media and building debunking mechanisms within newsrooms.

The third part of the training gave participants the opportunity to practice together with the trainers to identify fake news.

Workshop trainers included Kreshnik Gashi, co-author of the show KallxoPernime, editor-in-chief of KALLXO.com and KALLXO.com representative at the Press Council of Kosovo, and Visar Prebreza, Managing Editor of Research and Krypometer articles at KALLXO.com.

As part of the project “Data 4 Fighting Harmful Narratives in the Judiciary”, funded by the Millennium Foundation Kosovo, MFK, and the Millennium Challenge Corporation, MCC, BIRN Kosovo held training sessions on using judicial data with a total of 77 Law students from the universities of Pristina and Prizren.

In addition, on March 10 and 11, as part of the project “Confidence Building Project”, which is supported by UNMIK, BIRN Kosovo held a training session with a journalists in the municipality of Gjilan on the bases of investigation and fact-checking principles.

On the first day of this, Kreshnik Gashi spoke about the bases of reporting, the public profile that journalists should keep, how to develop contacts with sources of information, protection of sources and how to build trust.

Visar Prebreza spoke on how to initiate research and secure information from open data platforms. He also talked about investigations into public procurement and on techniques for detecting stories in this field.

The second day involved practical activities in which the participants practiced using techniques for fact-checking and detecting fake news with scenarios sourced from statements and footage of public officials.

A total of 16 journalists participated in this training course, including three from the Serb and Roma, Ashkali and Egyptian minority communities.

Also, as part of the project ““Providing a safe environment for journalists during protests”, funded by the European Union Office in Kosovo, BIRN Kosovo held a training session for 18 journalists and students of journalism to equip them with appropriate knowledge and practices on reporting from protests, with a special focus on violent ones.