A roundtable discussion entitled ‘Equality on Paper’ was held by BIRN Kosovo at the ORION Conference Center in Pristina on December 4 to mark 16 Days of Activism Against Gender-Based Violence, an international campaign to challenge violence against women and girls. 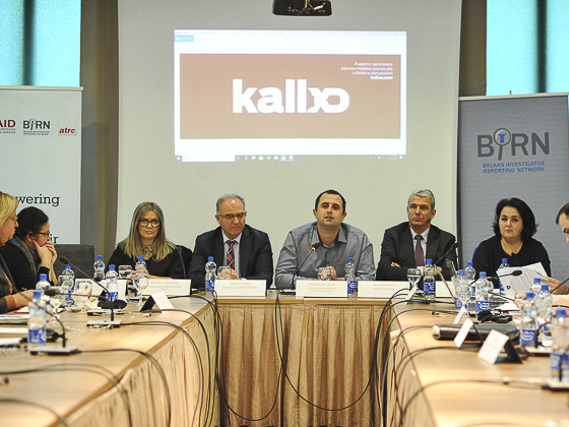 The roundtable aimed to discuss the findings of BIRN Kosovo on the legal framework for property registration by state officials in Kosovo, findings on the representation of women in politics, law adaptation processes in the Kosovo Assembly with regards to laws that have an impact on women’s rights to property, and findings on specific cases of women seeking employment.

Key speakers at the discussion included Nehat Idrizi, chairman of the Kosovo Judicial Council, Hasan Shala, president of the Court of Appeals, Rozafa Ukimera, general secretary of the Ministry for Local Government Administration, and Leonora Selmani, head of the Division for Legislation, Agency for Gender Equality.

Idrizi claimed that based on various analyses and studies, it is apparent that women face many challenges in the process of acquiring their rights. He said this was a result of people’s mentality and social traditions.

Idrizi said that the length of judicial procedures was another factor that causes women difficulties.

Shala suggested an increase in the number of judges and other professional associates in order to increase efficiency, arguing that there is a lack of judges compared to a large number of cases.

“It is impossible for only five judges to complete these cases, since the number of cases is extremely big compared to the number of judges,” said Shala.

Labinot Leboshtica from the legal team of BIRN Kosovo pointed out that only 16 per cent of women have property registered in their names.

Blerta Iberdemaj from the legal team of BIRN Kosovo raised concerns about the fact that only four mayors of Kosovo municipalities have registered their property in the name of both spouses.

Leonora Selmani asked the municipalities to ensure a permanent budget so that offices for gender equality have enough financial resources to cover their activities.

Rozafa Ukeimeraj claimed that some progress has been made. She stated that in 2018, the number of women selected as the heads of municipality directorates increased by 8.54 per cent.