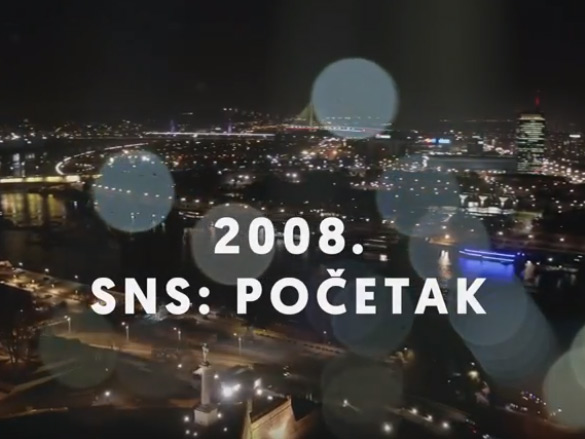 During the making of the film, BIRN journalists talked with many  individuals from Serbian public life, but also from the US, who had a role in the creation of the SNS.

The movie starts back in 2008, when a group of Radical Party members, then advocates of the nationalist “Greater Serbia” idea, turned into “Euro-fanatics”.

Journalists have used extensive archive material to tell a thriller-style story about how a faction composed of minor political individuals became rulers of a country.