Twenty-five students from the municipality of Gnjilane/Gjilan took part in a training session organised by BIRN Kosovo on February 26. 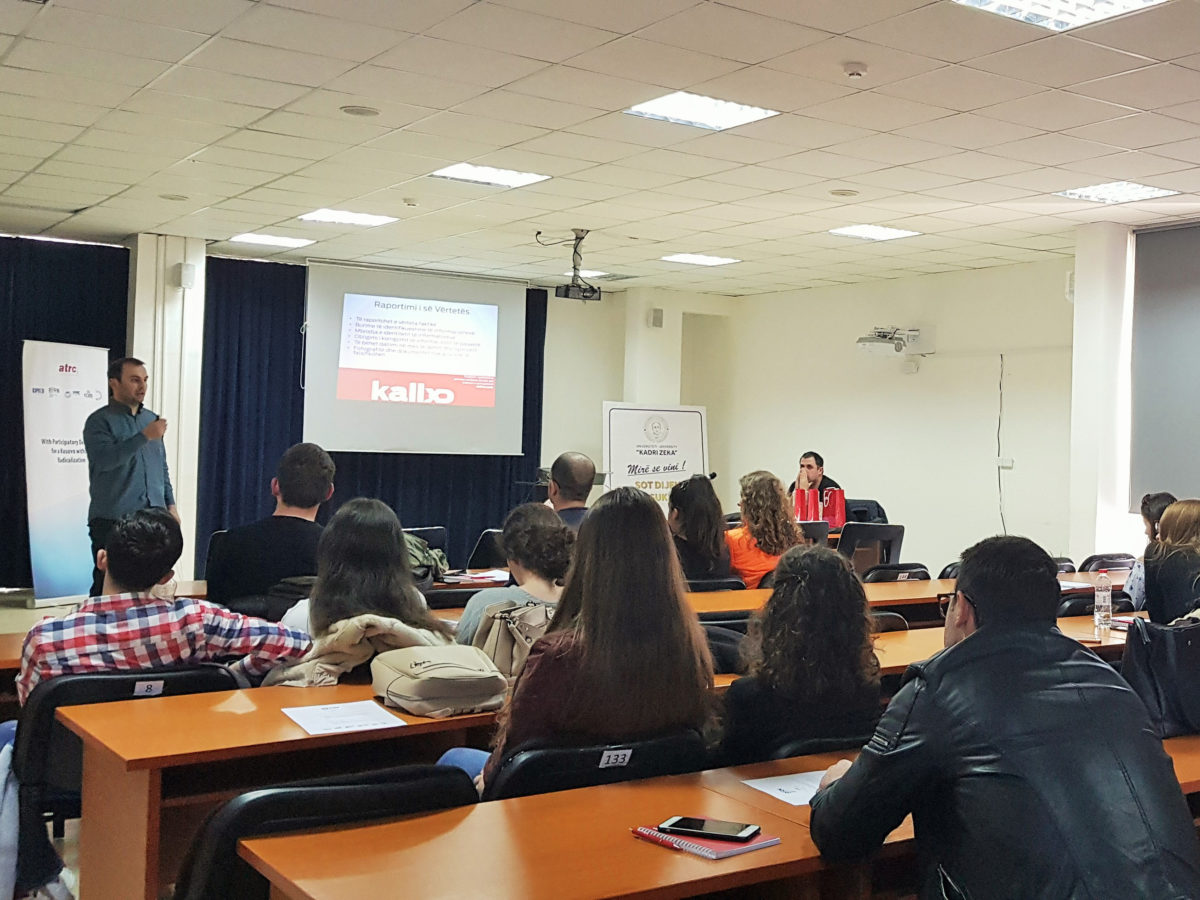 The session, which was held at Kadri Zeka University in Gnjilane/Gjilan, focused on reporting techniques, media law and the prevention of extremism through the media.

The course was divided into two sessions. The first was held by Labinot Leposhtica, the legal office coordinator at BIRN Kosovo, while the second was overseen by Kreshnik Gashi, anchor of the ‘Justice in Kosovo’ television programme.

Leposhtica explained Kosovo’s media code of ethics and legislation governing the media, and outlined the importance of informing the reader promptly and correctly, following international media standards, and preventing the incitement of discrimination and intolerance.

He also spoke about the need to promote diversity and keep the media transparent, as well as the importance of only reporting once the facts are confirmed and clearly distinguishing between news and op-eds.

Gashi meanwhile explained the process of radicalisation through social media. He also outlined the importance of monitoring debates on social media, and explained methods of reporting on cases of violent extremism.

According to Gashi, to prevent radicalisation through social media, a debate around extremist ideologies should be fostered that provides a counter-narrative to extremism. However, the debate should not, under any circumstances, contain unreliable or false news which misinform the public, he added.

The training session was organised as part of the ‘Consortium: For a Sustainable Community’ project, which is funded by the Global Community Engagement and Resilience Fund, GCERF.