As the March 10 deadline looms for applications to the Fellowship for Journalistic Excellence, we asked past participants why journalists should apply to this year’s programme. 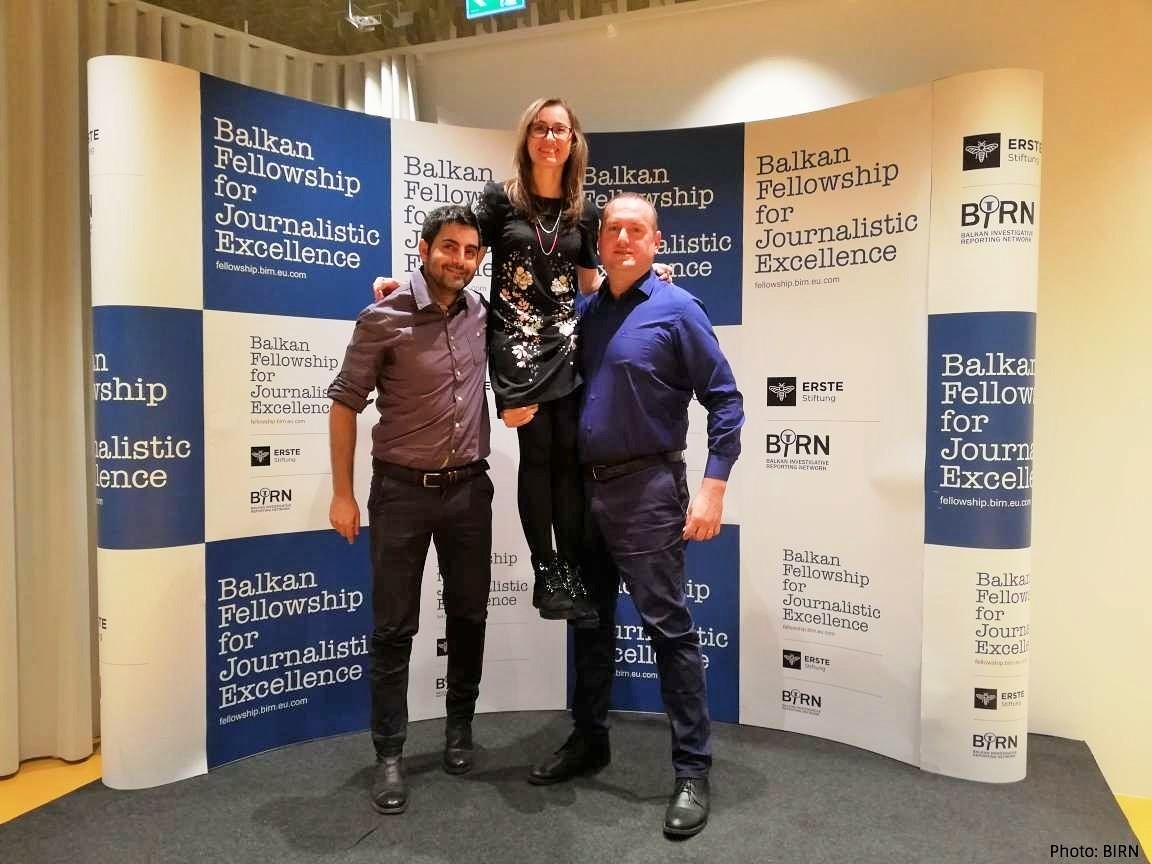 Aside from the 3,000-euro bursary, one-on-one mentoring and the chance to attend international career development seminars, they cited the chance to become part of a growing network of journalists across the region committed to excellence in their profession.

Then there is the opportunity to do the best journalism of your life and see your work published  by leading regional and international media. And authors of the top three articles chosen by an international jury will receive awards.

Here’s what last year’s winners had to say.

Ani Sandu, a news anchor and editor at Romanian public radio and a reporter-at-large for quarterly magazine DoR, won first prize for her reporting on what Europol has described as one of Europe’s biggest child trafficking rings.

Her investigation Blind Justice for Romania’s Trafficked Roma Children reveals the scale and complexity of an alleged criminal enterprise in the Romanian town of Tandarei, where investigators say local gangsters have trafficked scores of children into a life of forced criminality.

For Ani, the combination of financial support and one-on-one editorial mentoring was just what she needed to get to grips with a complex and sensitive story.

“During this fellowship I had the time and the resources to do it, and then I had editorial help to write and edit it,” she said. “I see it only as a bonus that in the end my story got one of the awards. If those alone aren’t good enough reasons to apply, then also consider that during the fellowship I got to know other great journalists and I had a really nice time.”

Shkumbin Ahmetxhekaj, an editor at Kosovo Public Television, won second prize for Brain Drain: Will the Last Doctor in Kosovo Turn Out the Lights?

He called the Fellowship an “extraordinary experience” that challenges your approach to research and writing and makes you think about new ways to tackle even familiar stories.

“Above all, it incites the reshaping of the manner of doing journalism, as it takes you out of the boxes that we all settle in,” he said. “It provides the best expertise and in the end it is a journey that has all of what a journalist expects: excitement, pressure and joy. I would definitely do it again!”

The jury also singled out Kostas Zafeiropoulos, an investigative reporter for Greek daily Efimerida ton Sintakton, for his investigation “Alexander the Bot: The Twitter War for the Macedonian Soul”.

For Kostas, participation in the Fellowship was about more than traveling, networking and receiving a generous fund for research plus the much-appreciated stipend. Nor was it only about digging deep into his subject, conducting cross-border research and receiving mentoring from an experienced international editor.

What mattered most, he said, was that he felt he had the full backing of BIRN, “a network that after all these years of running the programme is well equipped to provide what an investigative journalist seeks: financial and legal support, editorial freedom, ethical standards, goal-setting, risk assessments, promotion of our work. Great investigative reporting often turns into bad, hard-to-read articles, which leads to a low level of impact. This programme always has the storytelling aspect at the core of its philosophy.”