On Monday, BIRN launched the Green Energy Days with the release of “Helm n’ujë, Helm n’ajër” (Poison in the Water, Poison in the Air], a documentary produced by Ikonë Studio and Pixels Production. 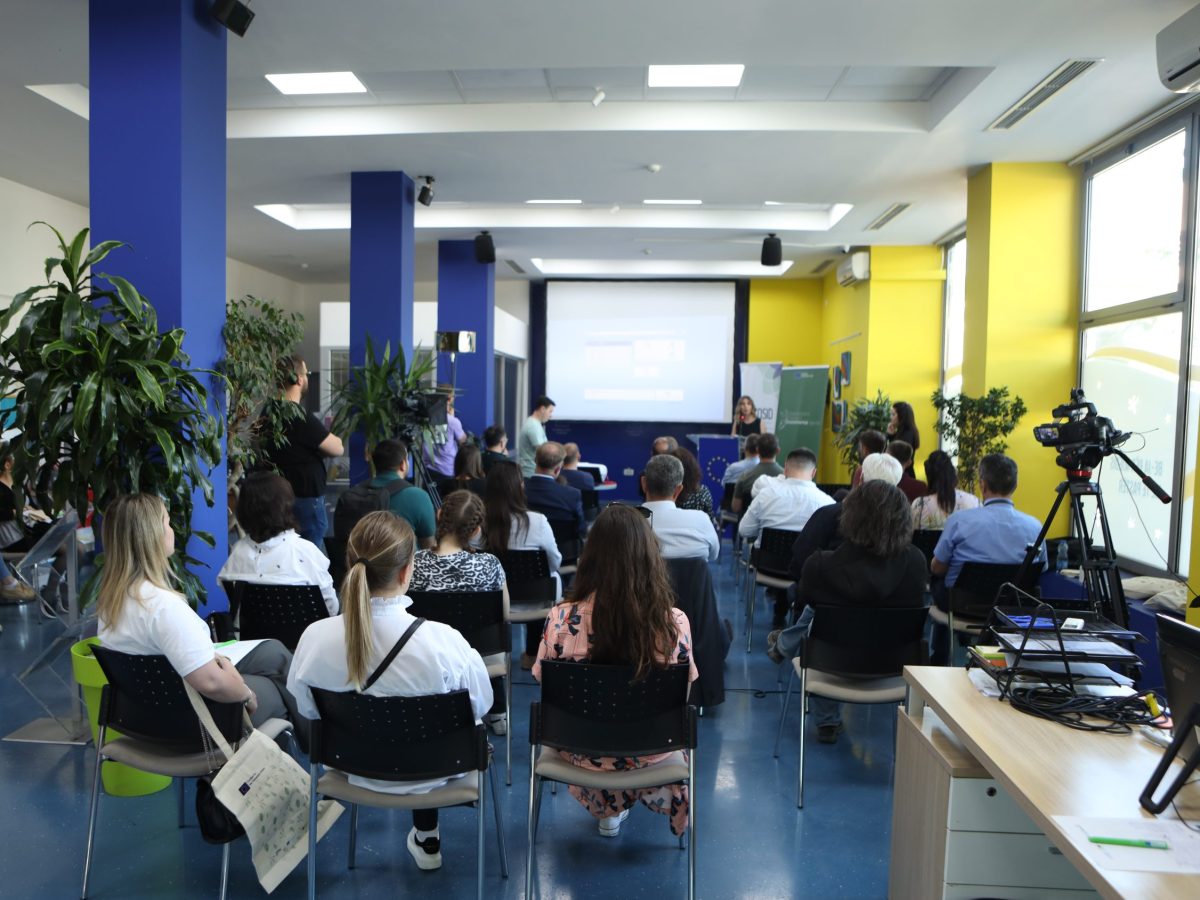 This documentary reveals some of the main environmental issues in Kosovo and aims to raise public awareness of these problems.

“Green Energy Days” is a series of activities that BIRN Kosovo and its partners are organising for the second time within the “Europeanization of Kosovo’s Environmental Agenda” project, which is supported by the European Union Office in Kosovo and implemented by BIRN Kosovo, Bankwatch, ERA Group and TV Mreža.

The documentary is the first event of this campaign and is being organised in cooperation with the European Union Office in Kosovo and Europe House within its “Green Future” campaign.

Deputy Head of the European Union Office in Kosovo AnnaCarin Platon said that the EU supports many projects related to environmental protection in Kosovo.

According to Platon, through this project, BIRN has taken on the very important task of transmitting environmental problems to citizens.

“Kosovo is one of the most polluted countries in Europe, and we all know that Kosovo faces a number of challenges related to the environment, air pollution, water pollution, waste mismanagement, to name a few of the environmental problems. You have made a very important commitment, and we as the EU are very interested to see where you see the main challenges, what in your view would be the best way to convey this message,” said Platon in her speech.

She also said that the documentary “Helm n’ujë, Helm n’ajr” has a comprehensive message that will reach a wider audience through the ongoing campaign.

Valon Bajgora from the Ikonë Studio and Pixels Production consortium explained the pathway to the finalisation of the documentary.

“I would like to thank BIRN for the opportunity to prepare the documentary, especially for the work of the researchers, the information and also for the feedback at every step of the way while making the documentary. I hope that this documentary will spark discussions and raise awareness within the society in which we will raise our children”, Bajgora said.

Flutura Zymi, executive director of the Active Citizens NGO, was also invited to speak at the event. She explained the path her organisation has followed in opposing the “Adventure Park” project that is intended to be built in Pristina’s Gërmia Park.

The Supreme Court has recently upheld a decision to suspend the “Adventure Park” project, pending a final decision in the case.

In 2021, the Basic Court in Pristina approved a request by the Group for Legal and Political Studies (GLPS) and Active Citizens to postpone execution of the Municipality of Pristina’s decision to develop an “Adventure Park” in Gërmia, pending a merit-based review of the case. The Supreme Court found that the lower instance courts had acted properly in approving the request to suspend execution of the municipality’s decision.

Mustafa Skenderi from TV Mreža said that communication with institutions about environmental problems should continue, and he demanded that the media report on environmental issues in every language.

“In this project, we have been given the opportunity to shift environmental problems to the local level. Regarding the documentary, I can say that a great job was done, that the story contains many facts and data as well as expert opinions”, Skenderi said.