BIRN journalist Serbeze Haxhiaj won second prize in the Peaceful Change Initiative awards for her article about a warm relationship between an ethnic Albanian and a Serb in ethnically-divided Kosovo. 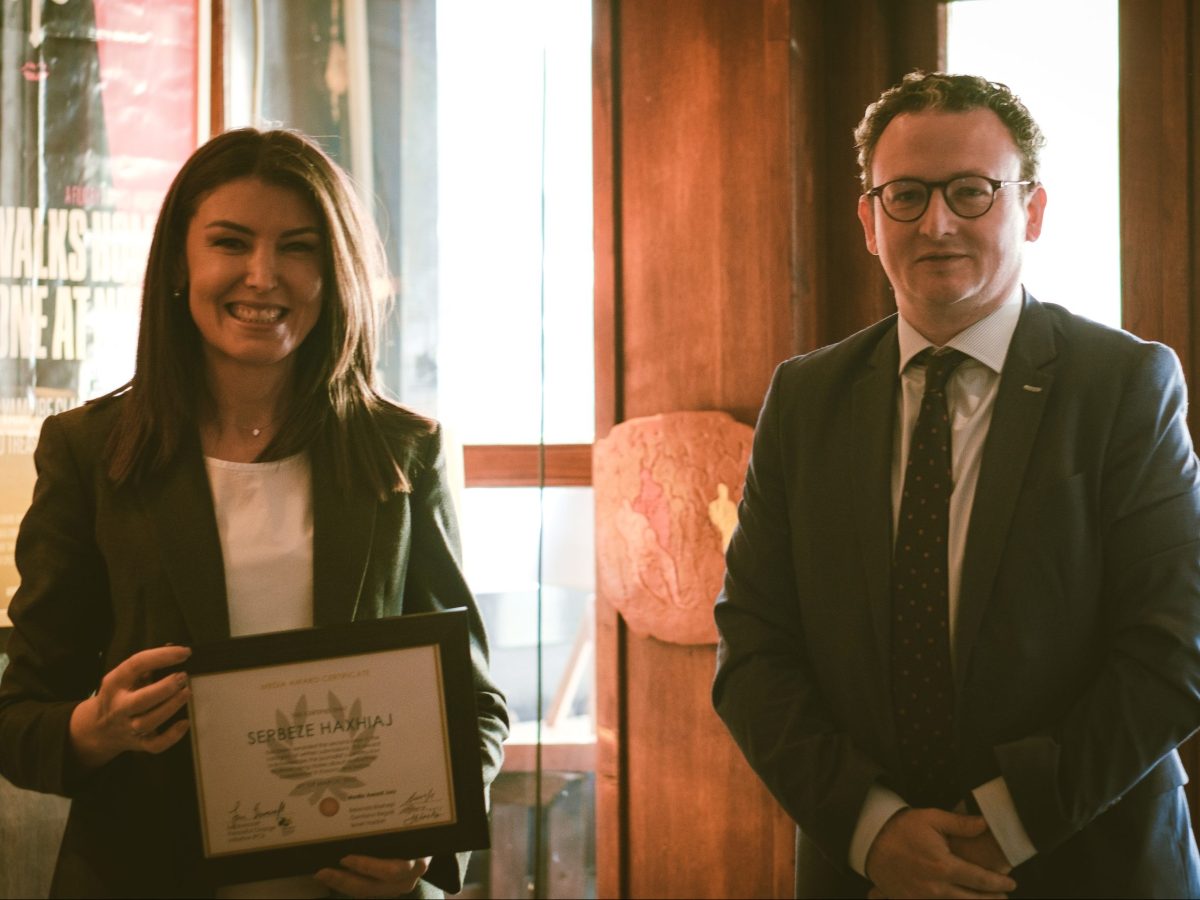 Serbeze Haxhiaj was awarded at a ceremony in Pristina on Monday for her article for BIRN, We are All Human’: Kosovo Albanian’s Generosity Sustains Elderly Serb, about a Serb pensioner who was living alone in a remote village in the hills of Kosovo and an Albanian neighbour who reached out across the country’s ethnic divide to help her.

Haxhiaj won second prize in the awards for written work given by Peaceful Change Initiative (PCi), an independent, international non-governmental organisation based in Britain which brings together media professionals from Kosovo and Serbia to analyse the media scene.

PCi said that one thing has persistently been raised as an issue in these discussions – the lack of stories about ordinary life and peaceful coexistence.

In an attempt to encourage such reporting, PCi last year launched an annual award for the best stories about inter-ethnic coexistence in the Albanian and Serbian language, in two categories – audiovisual and written work.

The awards aim to stimulate journalists to produce work that explores the positive side of multi-ethnic coexistence.