The complex procedure for selecting textbooks in Serbian schools must be made simpler and stricter, as currently the risk of corruption is high, a BIRN Serbia debate heard on August 31 in Belgrade. 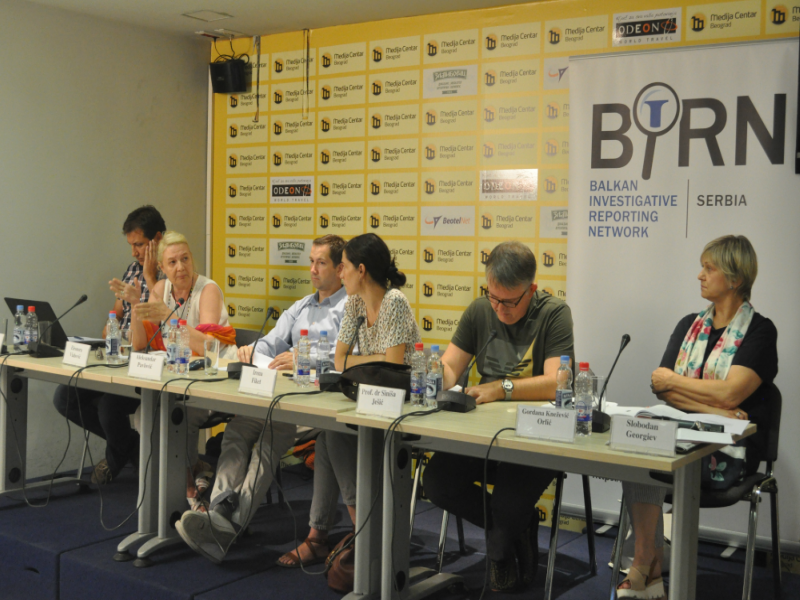 Aleksandar Pavlovic from the Institute for Philosophy and Social Theory of the University in Belgrade pointed out that the extremely complex procedure of selecting textbooks, which should prevent corruption, gets more complicated each time a new law is adopted.

When it comes to selecting textbooks, everyone involved is dissatisfied, he argued.

“Parents, schools, ministries, private publishers, the Institute for Textbooks… all of them want better and more efficient procedure,” he said.

Irena Fiket, one of the authors of an analysis about the risk of corruption in the process of approval and publication of textbooks in Serbia explained that the complexity of the system can generate corruption.

“One of the analysis’s recommendations is to draw up a separate document in which the entire procedure for the selection and approval of textbooks, with the responsibilities of all actors, would be described in a clear and precise way,” said Fiket.

The current procedures do not solve the problem of corruption, said Eleonora Vlahovic, head of the Centre for Programme and Textbook Development.

Vlahovic added that the issue of conflict of interest is not sufficiently outlined in the Law on Textbooks.

Sinisa Jesic from the Associations of Textbook Publishers said he thinks that the procedures for selecting textbooks must be very simple, but strict.

“When the new law was adopted and when publishers were faced with the fact that not all textbooks would pass, their efforts to show textbooks in schools could have been seen in various ways and interpreted as corruption,” Jesic explained.

Milovan Suvakov, a former assistant minister at the Ministry of Education, said he doesn’t think that everyone is dissatisfied with the current system, however.

“We have actors who are pretending that they are dissatisfied because they are in a perfectly good position, which they managed to preserve in the coming period, and I am primarily referring to publishers,” explained Suvakov.

He argued that one of the biggest problems is lobbying by publishers when new documents are being adopted.

The debate was organised as part of a BIRN Serbia programme supported by the Balkan Trust for Democracy.