BIRN Kosovo hosted a high-level conference in Pristina on Thursday (May 19) as part of its second edition of Green Energy Days. 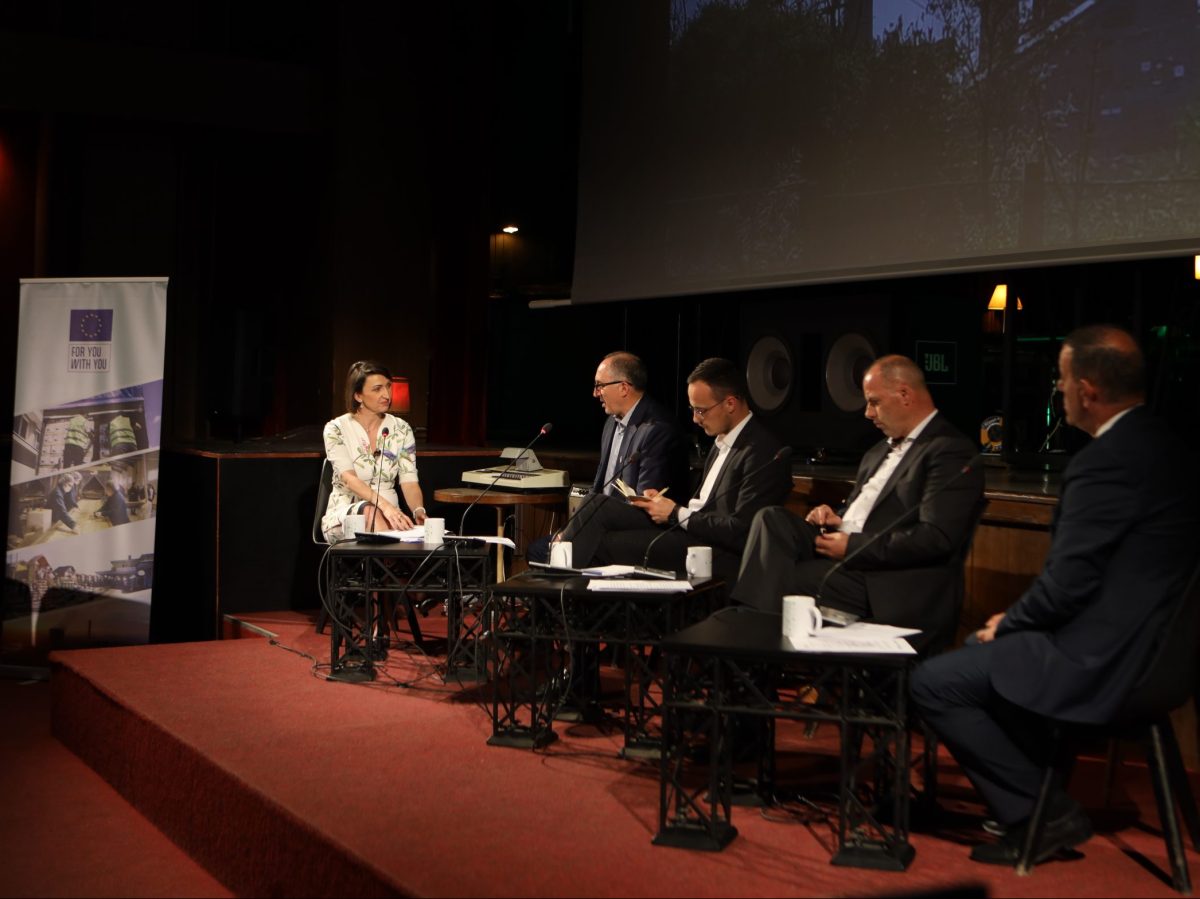 Featuring three discussion panels, the conference brought together senior leaders and decision makers from around Kosovo and the region to discuss the Western Balkans’ green energy future as well as the challenges of decarbonisation.

BIRN also used the event at Kino Armata to launch a new position paper on Kosovo’s National Energy and Climate Plan (NECP) that included 32 concrete recommendations on how to move the country towards an energy efficient and 100 per cent renewable economy.

Western Balkan countries, including Kosovo, have agreed to produce NECPs to help plan their energy futures in an integrated way that is in line with the European Union’s Energy Union policy. As part of the Sofia Declaration on the Green Agenda signed in 2020, they have also committed to ending the use of all fossil fuels by 2050 and reducing greenhouse gas emissions by 2030.

While specific energy targets for 2030 have yet to be finalised, the position paper lays out clear proposals for decarbonisation, based on close market integration, flexible electricity generation, and electrification of Kosovo’s transport and heating sectors.

BIRN Kosovo’s executive director, Jeta Xharra, introduced the conference by questioning whether the long established concept in the region of development being characterised by smoke, coal and quarries could be challenged through education. She said that a mindset shift is required so that citizens who are known for being proud of the cleanliness of their homes treat shared public spaces with the same respect.

“As Albanians, we are rare in having an eagle on our flag, but we are not leaving any room for eagles to fly freely or to have somewhere to land”, she said.

President of Kosovo Vjosa Osmani gave the day’s opening address and started by thanking activists and civil society members who had helped to bring environmental issues to the fore. She said that the green agenda has today transcended the energy and environment sector and has become part of every discussion and intersectoral policy.

The president also asserted that it was imperative Kosovo diversifies its energy supply, as demonstrated by the shortages over the winter and the need to import energy at high prices, as well as the critical situation in global energy markets caused by Russia’s invasion of Ukraine.

“Although the present may seem very challenging, our future must be clear. The future is green and sustainable. In this regard, we need to find good and quick solutions, courageous solutions, smart and affordable solutions”, she said.

Following President Osmani, the deputy head of the European Union Office in Kosovo, AnnaCarin Platon, spoke about the EU’s environmental priorities. She explained that the EU is the leading donor in supporting Kosovo’s environmental sector, having contributed more than 100 million euros since 2015.

“It is important to also highlight the costs of not transitioning, not only on health and the effects on climate change, but also the pure economic losses that come from lost investments and job creation. It is important to emphasise that there is no future for coal”, she said. 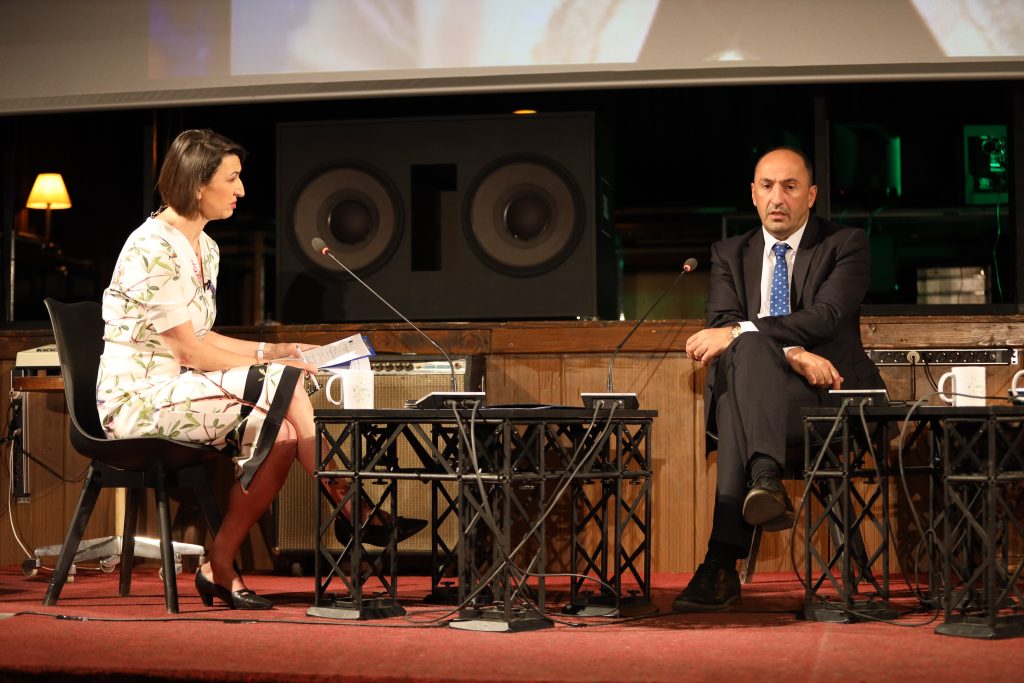 The first panel discussion put the spotlight on green cities and featured the mayor of Pristina, Përparim Rama, and the mayor of Tirana, Albania, Erion Veliaj.

Rama said that the cities of the future must work as systems, rather than focussing on one element and leaving others aside. He said that his vision for Pristina was to develop a “7-minute city”, where citizens can meet all of their needs within 7 minutes of their homes, and where walking, cycling, e-scooters and public transport are prioritised as the primary modes of travel.

“We have a city centre that must be redefined, meaning we have to figure out how to use the city centre. In our programme, we focus on the citizen, public transport and the alternatives, and vehicles would be the tertiary mode of transport. Then we will be thinking how to link the suburbs to provide easy access to people coming to the city centre, and how we provide access to the city centre from other towns and cities, knowing that Pristina is the capital city”, Rama said.

Talking about his experience of leading Tirana for the past seven years, Veliaj said that the most important issue is changing the mindset of citizens. He said that for a long time, the vehicle has been treated as a status symbol in Albania, but through bold interventions his administration has helped to transform Tirana’s city centre.

To conclude the opening panel, a video message was played from Benjamina Karić, mayor of Sarajevo, Bosnia and Herzegovina.

Karić said that there is a vision for Sarajevo to become a city of clean air and clean rivers, with sophisticated and practical options for urban mobility. She also explained how Sarajevo had been chosen as one of 100 European cities to become climate neutral by 2030 as part of a new EU initiative.

“It will be a great challenge … We are aware that the climate emergency must be tackled within cities, and by engaging citizens who are not only political actors in a governance structure, but also everyday users, producers, consumers and owners”, she said.

In the second panel, ministers from Kosovo and Albania discussed how to fight climate change in the region. 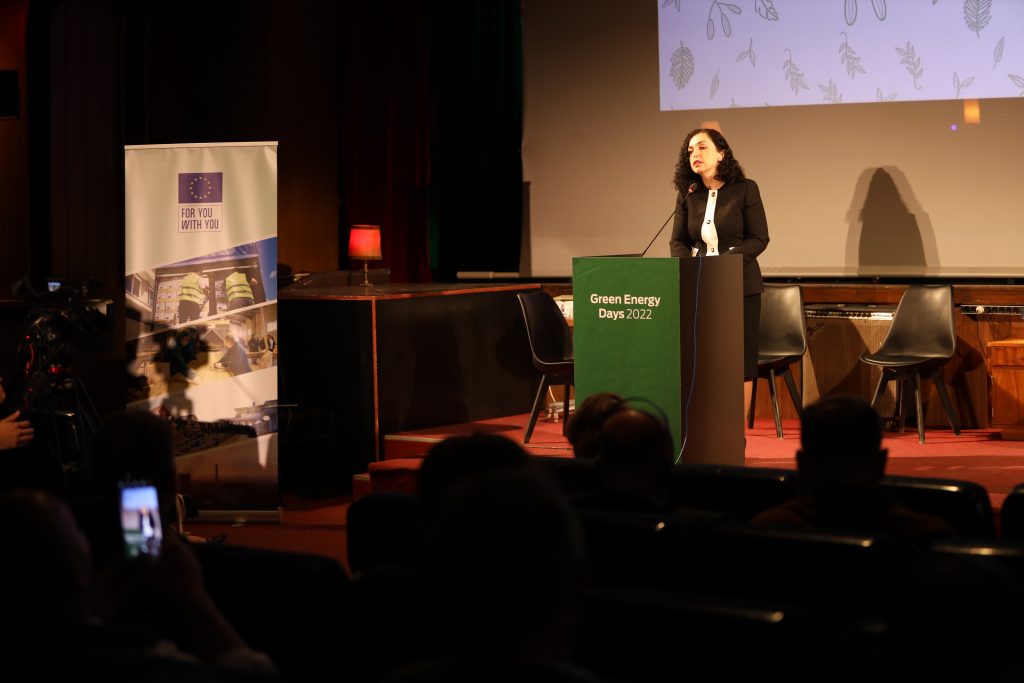 Liburn Aliu, Kosovo’s minister of environment, spatial planning and infrastructure, asserted that we must see economic development as connected to sustainability, as we cannot talk about development if there is devastation of the environment.

“When we talk about climate change and the reduction of environmental impacts, in terms of reducing CO2 emissions, this implies talking about transport, energy efficiency, waste management, reforestation and forest preservation. So, these are sectors under the responsibility of various ministries. And that’s why we must have an integrated approach”, he said.

Albania’s minister of tourism and environment, Mirela Kumbaro, joined via video link and talked about her country’s initiative to ban plastic bags. From June 1, the sale, import and production of single-use plastic bans will be banned across Albania, following a similar initiative that has already been introduced in Tirana.

However Kumbaro said that of all the policies that could be introduced, the most important thing was to try and change the way in which people think about the environment and public space.

“We know that whatever we throw on the ground — be it in the coastal areas of Albania or Montenegro, or in North Macedonia — it all goes into the rivers. And all of our rivers are common ones; whether a river starts in Kosovo or North Macedonia or Albania, they all end up in the Adriatic or in the Ionian Sea”, she said.

Kosovo’s minister of economy, Artane Rizvanolli, talked about the country’s energy system, explaining that a much more flexible system must be created and the use of lignite replaced. This transition should take place in an integrated fashion, she said, not only through investments in the grid and storage capacity, but also by ensuring that immediate steps are taken to ensure that there are enough people with appropriate labour skills in the renewables sector.

Rizvanolli also gave timescales for replacing the inadequate filters on the Kosova B power plant, stating that the filters in one unit would be replaced by 2024 and those on the second unit by 2025. She added that the government had analysed different options for refurbishing some of Kosova A’s units to keep the plant operational at full capacity until 2028, after which it would be maintained as a strategic reserve for winter and times of energy shortages.

KALLXO.com’s Visar Prepreza was also part of the panel to talk about some of the key recommendations from BIRN Kosovo’s NECP position paper. He said that Kosovo’s rejection of gas was a good one, both economically and environmentally, but also politically given how so many other countries are now attempting to rapidly reduce their reliance on gas from Russia. 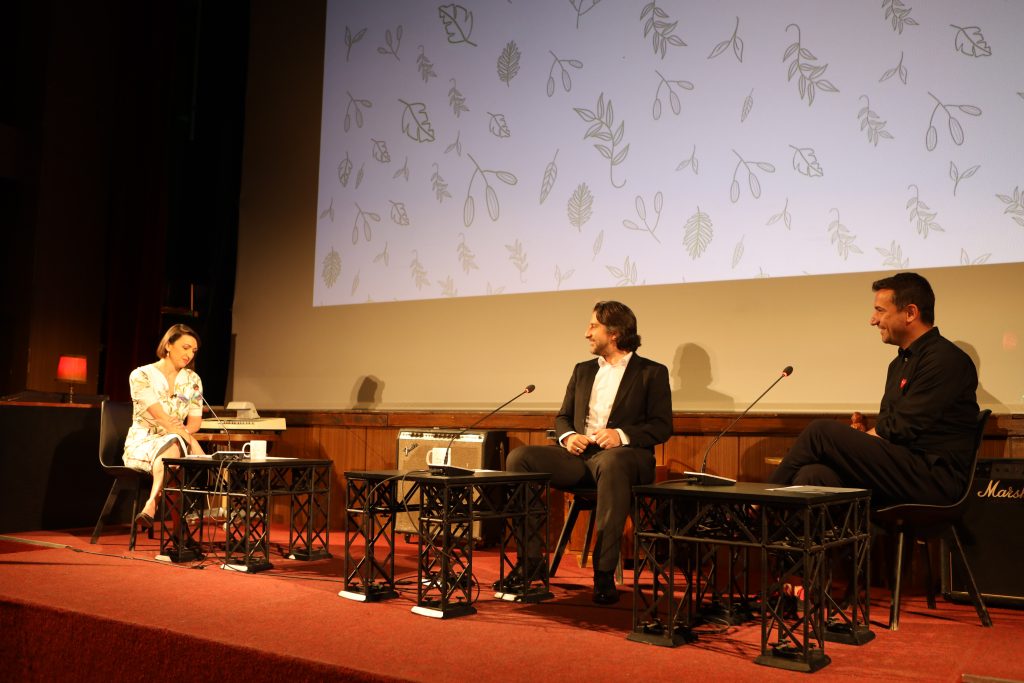 Prepreza also said that it’s not possible to plan energy consumption without also planning how to save energy by cutting consumption. “We know that thermal insulation is not good in our houses, most apartments use pumps that are very inefficient. And the recommendation is for the government to think about subsidising energy-efficient pumps, which consume four times less energy”, he said.

The day’s final panel focused on some of Kosovo’s major municipalities.

Mayor of Prizren Shaqir Totaj said that one of the big environmental issues in his city was noise pollution, with bars and cafes frequently playing loud music, particularly in the summer months. He said that his new administration is working on producing a regulation that would introduce noise limits in Prizren with a maximum decibel level.

“In order for a successful therapy, you need an appropriate diagnosis. In this instance, that diagnosis is application of the law”, he said.

The recently elected mayor of Gjilan, Alban Hyseni, said that Gjilan has amongst the least amount of green space per capita in Kosovo, and that his city has had a big issue with wastewater. Part of his plans, he said, is to create a public square in Gjilan that functions as a green boulevard, while his administration plans to introduce green, electric transport and incentivise citizens to use it.

“It is our aspiration to make Gjilan the most green, ecological and sustainable city in Kosovo”, he said.

Mayor of Drenas Ramiz Lladrovci said that his municipality is one of the most polluted in Kosovo, but that they are developing a sustainable energy and climate action plan that will be completed by the end of the year. Lladrovci said he receives a lot of criticism for pollution that he cannot control and talked about the Feronikeli metal extracting company, which is located in his municipality.

“I’m certain that Feronikeli respects environmental standards and protects the environment. People think that I have interests there — of course I do, because 1,400 people in my municipality work there”, he said.

Mayor of Obiliq Xhafer Gashi said that his municipality — which contains the Kosova A and Kosova B power plants — is not only the most polluted municipality in Kosovo but possibly in the whole of Europe.

“We have 64 hectares of contaminated land that we need to address. One of the bigger issues in our area is also the slag landfill, which we are looking to rehabilitate together with the ministry”, he said.

The high-level conference is one of several activities held by BIRN Kosovo and its partners within the auspices of Green Energy Days, part of the “Europeanisation of Kosovo’s Environmental Agenda” project that is supported by the European Union Office in Kosovo and implemented by BIRN Kosovo, Bankwatch, ERA Group and TV Mreža.