During the debate, ‘(Anti)Corruption in Focus’, organised by Bosnian BIRN and Transparency International in Sarajevo, members of eight political parties presented their anti-corruption strategies. 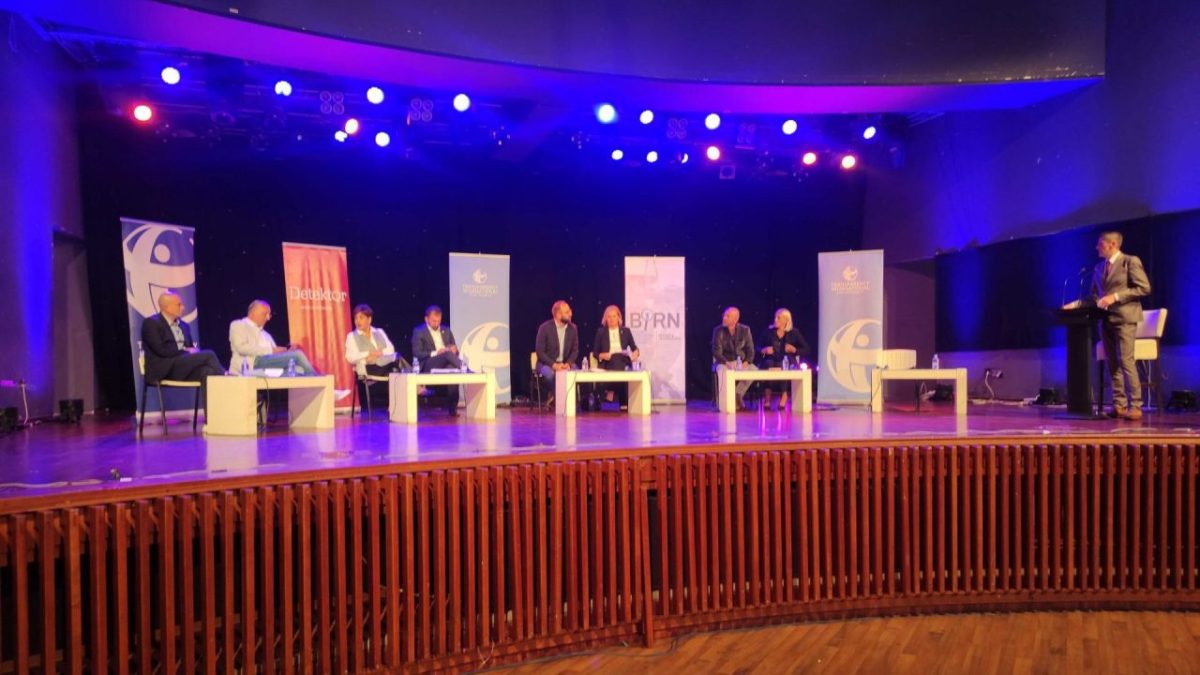 Candidates of eight political parties in the Federation of Bosnia and Herzegovina, Bosnia’s larger entity, called for faster and more agile prosecution of corruption cases during a public debate held in Bosnia’s capital, Sarajevo.

“I ask all actors to process corruption more effectively,” said Alma Colo, from the [Bosniak] Party of Democratic Action, SDA, adding that “they haven’t done much” at state level, citing the blockade of state institutions as the reason. “It’s a captive system that works that way,” she added.

“On average, it takes about four years of pre-investigative actions before an indictment,” noted Sanela Prasovic-Gadzo from the Union for Better Future, SBB, commenting on the slow steps taken to process corruption cases.

One issue mentioned during the debate was [lack of] transparency in public spending, which weakens citizens’ trust in government.

An improvement to the law on public procurements, and the law on conflict of interest, which is not being implemented in the Federation, were mentioned as possible solutions, reducing corruption in Bosnia and Herzegovina.

Damir Masic, from the Social Democratic Party, SDP, said that 90 per cent of all problems in the country were caused by “people who are not able to explain the origin of their property”.

The second public debate organised by BIRN and TI will be held on September 19 in Banja Luka, the main city of Republika Srpska, Bosnia’s other entity, where party representatives will talk about their plans for the upcoming term. General elections in Bosnia are scheduled for October 2.