Far-right and extremist groups are a major threat in the Balkans as they have deep roots in society and exert a significant influence, a BIRN conference in Sarajevo concluded. 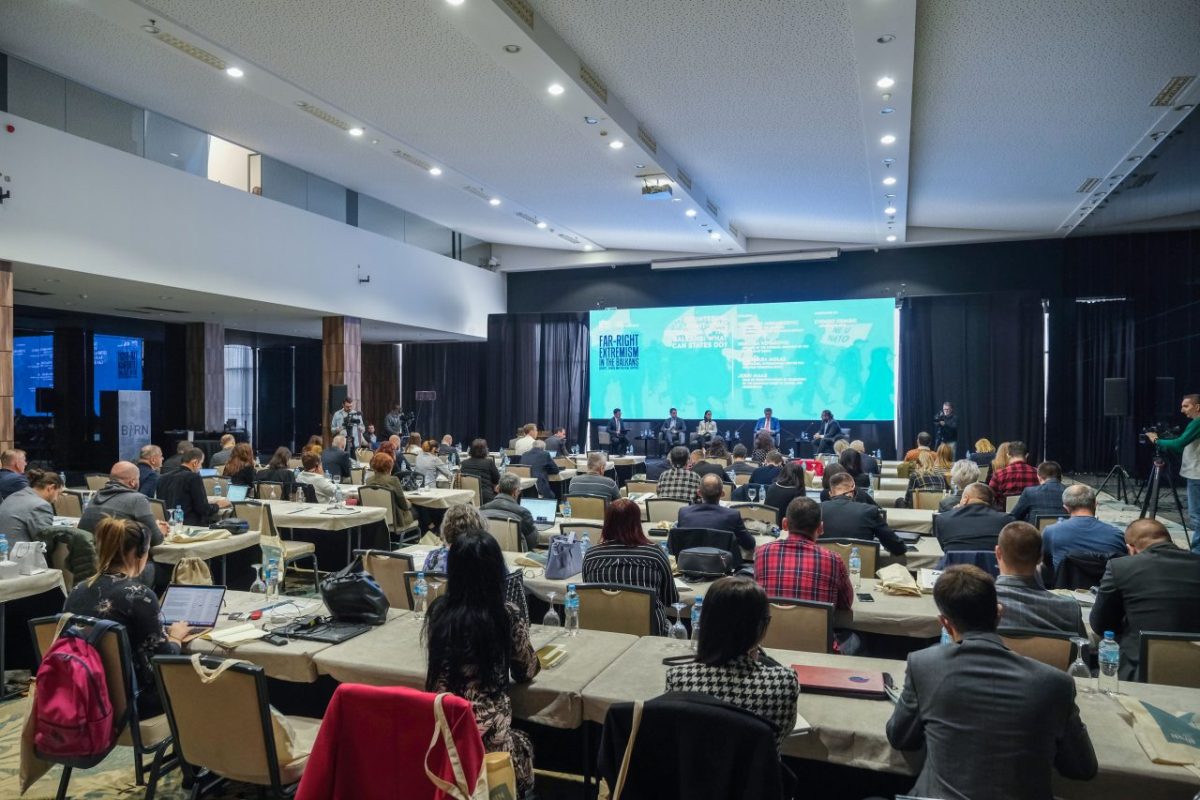 The influence of far-right and extremist groups on societies in the Balkans is much greater than immediately visible, a two-day conference in the Bosnian capital Sarajevo concluded on Thursday.

“Unfortunately, far-right movements have taken the government in some Balkan countries,” Semsudin Mehmedovic, a member of the House of Representatives of Bosnian state-level parliament, told the conference.

More than 80 journalists, activists, government officials and international and local experts attended the conference, ‘Far-Right Extremism in the Balkans: Groups, Trends and Political Support’, which aimed to discuss the influence that such groups exert.

During the conference, BIRN launched an interactive map giving detailed information about 71 far-right and extremist groups and organisations operating in six countries in the Western Balkans, created by researchers and journalists.

Their findings showed that these groups are often connected, and are active online and in the public arena. They communicate and organize nationally and internationally, and are increasing their presence in politics, not only in the Balkans, but also in European Union countries, it was also found.

“Even in the context of Europe, we have seen far-right parties increasing their presence in parliaments. Democratic values are a threat to their ideas,” said Barbara Molas, a researcher with the International Centre for Counter-Terrorism.

Many of the groups that are active in the Western Balkans are pro-Russian, which became increasingly noticeable after Russia’s invasion of Ukraine.

“During Russia’s attack on Ukraine, we discovered pro-Russian groups on Telegram whose content was copied into Serbian groups, spreading misinformation and photos that incite violence,” said Maja Zivanovic, head of Radio Free Europe’s bureau in the Serbian capital Belgrade.

Many panelists and participants warned that the struggle against far-right and extremist groups in the Balkans and the rest of the Europe is only just beginning.

The second day of the conference was dedicated to the topic of political support for the far right.

Marko Milosavljevic, programme coordinator at the Serbian branch of the Youth Initiative for Human Rights, noted the presence of extremist political party Dveri in the Serbian government.

“An example that I would like to present, which shows that there is extremism in the government and authorities of Serbia, is that at the suggestion of the extremist party Dveri, the part of biology textbooks that deals with gender and sex was redacted,” Milosavljevic said.

The interactive map and the conference were a part of a project entitled ‘The Future of Extremism in the Western Balkans’. During the course of the project, several studies and analysis pieces about far-right and extremist groups in the region have been published, as well a number of articles about terrorism trials in Western Balkan countries.