On July 27th, BIRN Albania held a consultation session with civil society organisations in Tirana, to present the findings of its research on the use of social media by political actors and entities during the campaign for the April 25th parliamentary elections. 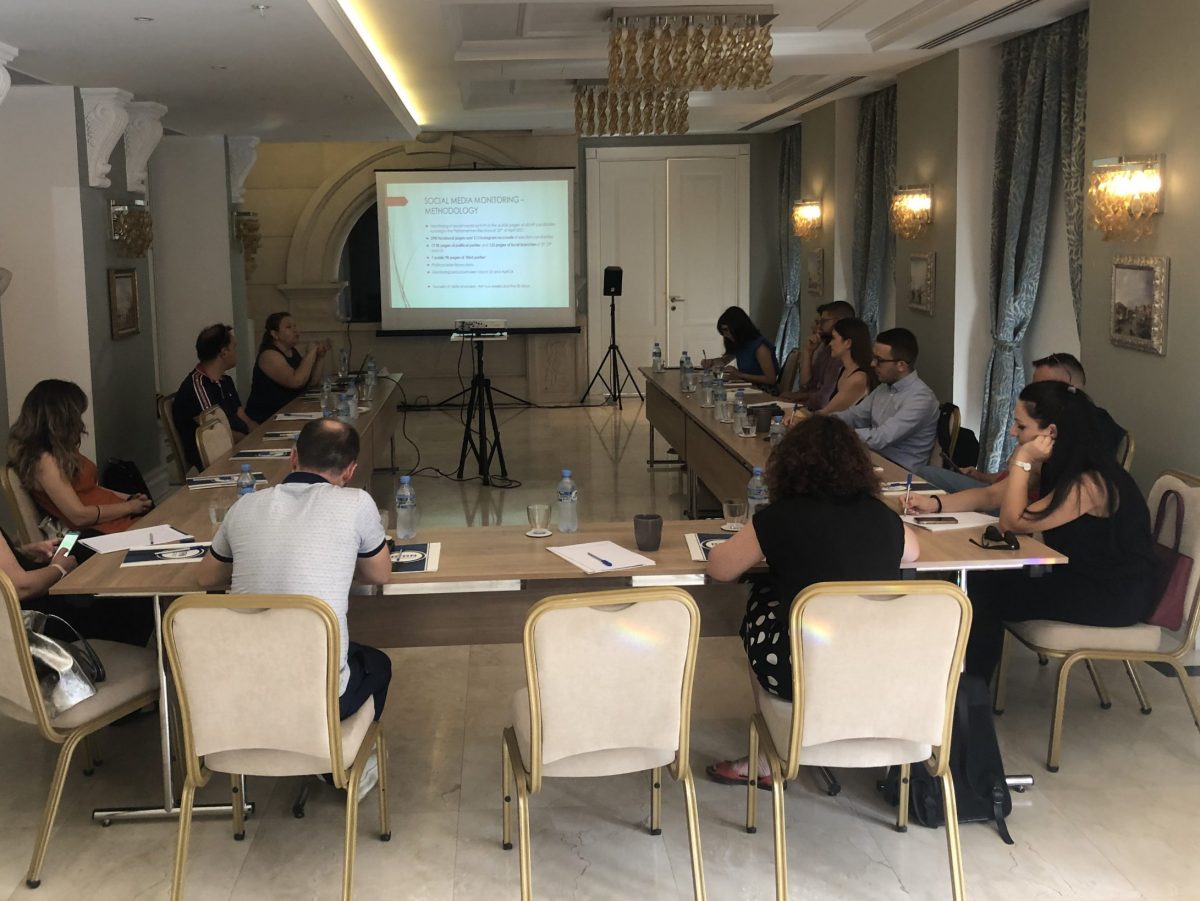 The session was attended by two dozen civil society representatives from organisations that monitored the work of Albanian institutions and political parties in the elections.

This was the second presentation session held by BIRN Albania. At an earlier meeting, the findings were shared with experts and officials from Albania’s Central Electoral Commission, CEC.

The event was held as part of the project “Monitoring political discourse in social media during the 2021 parliamentary elections in Albania”, which was supported by the National Democratic Institute.

This project aims to contribute towards a more transparent social media space, so that citizens have increased access to a range of views and opinions during elections campaigns in order for them to make informed decisions.

To achieve this, based on the results on the monitoring of social media networks during the election, in cooperation with civil society and experts, BIRN Albania is identifying a number of recommendations that it believes the CEC should address ahead of the next election.

The findings of the monitoring report were presented by BIRN Albania’s Executive Director, Kristina Voko. They were followed by a discussion and recommendations by civil society representatives present.