The Balkan Investigative Reporting Network in Albania held on Wednesday February 9th a roundtable in Tirana on the topic of organized crime and money laundering. 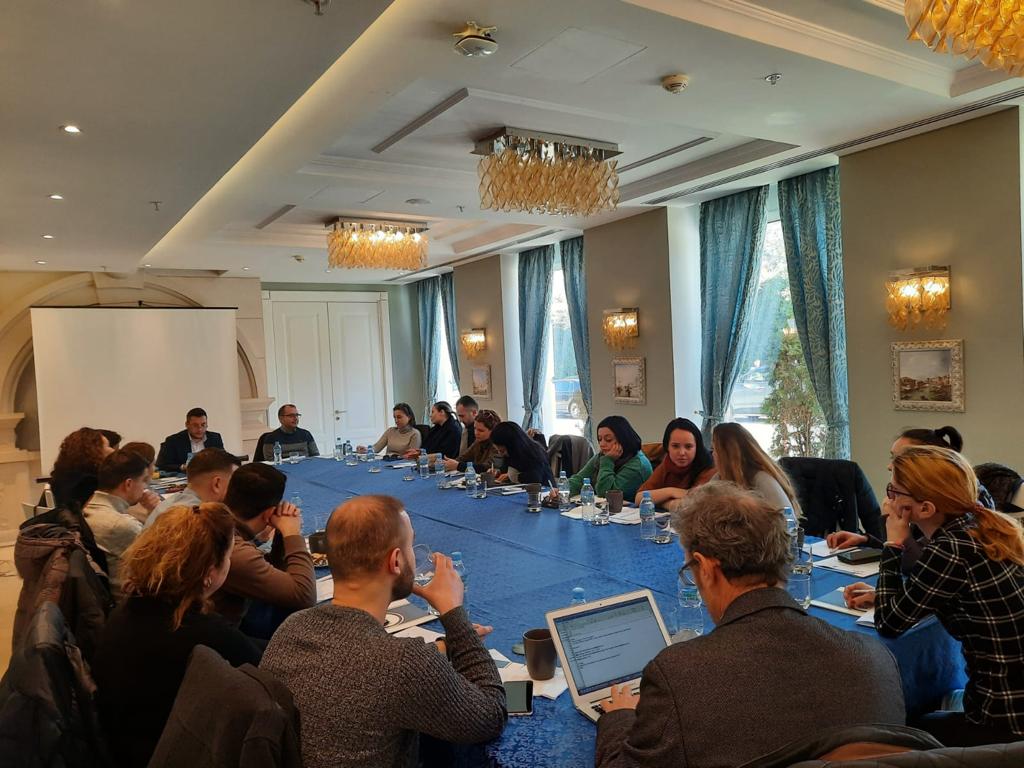 The event, which was attended by 23 journalists and representatives of civil society organisations and international institutions working in the field of organised crime, money-laundering and illicit asset recovery, is part of the Kingdom of the Netherlands-supported project ‘Raising Awareness and Accountability on Money Laundering in Albania’.

The goal of the project is to strengthen the fight against organised crime and money-laundering by raising awareness and strengthening accountability on the system for the seizure and confiscation of the illegal proceeds of crime.

The discussion was moderated by Fabian Zhilla, an Associate Professor at the Canadian Institute of Technology and expert with the Global Initiative Against Transnational and Organized Crime.

The roundtable produced lively debate about important topics that should be investigated in the field of organised crime and money-laundering as well as the need to build stronger bridges of communication and cooperation between civil society and journalists.

The main topics discussed included the sectors of Albania’s economy more affected by money laundering, access to documents and sources and methodologies used by investigative journalist to uncover wrongdoing and hold institutions to account for their fight against the illicit proceeds of crime.

The roundtable will inform BIRN Albania’s upcoming call for an investigation on the topic of organised crime and money laundering.