BIRN’s Haris Rovcanin has won the Fetisov international award in the ‘Outstanding Contribution to Peace’ category for a series of four articles. 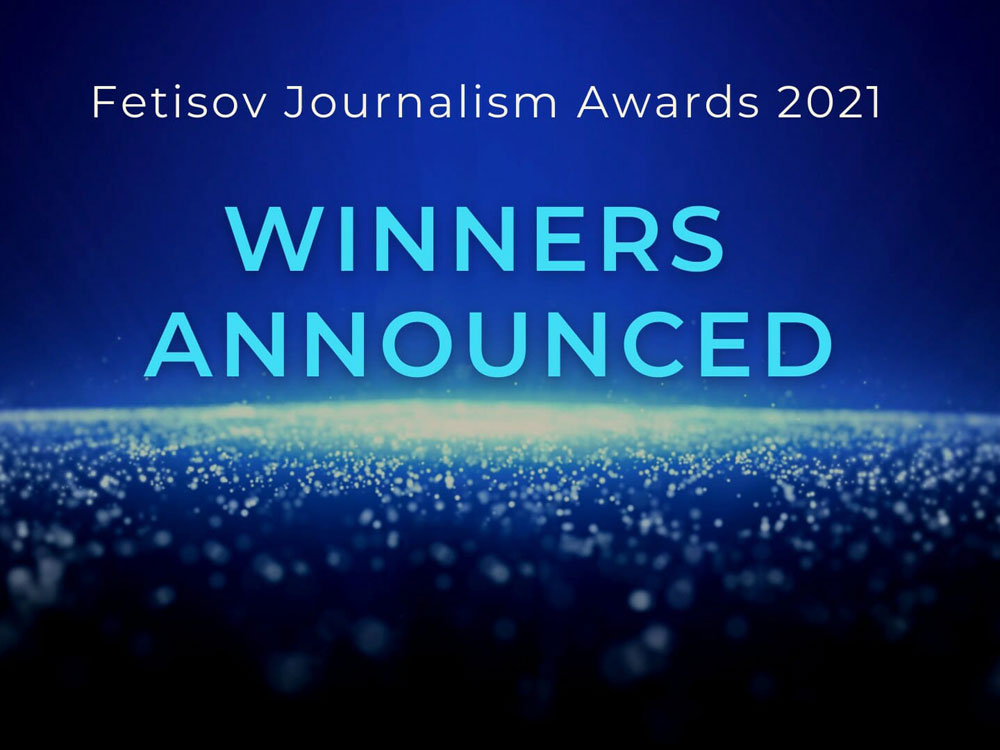 A series of four articles by Haria Rovcanin was awarded for their outstanding contribution to peace on February 10, when the Fetisov award organisers announced 13 winners in four categories. The awards ceremony takes place in Switzerland on April 22.

The winners were announced by Aidan White, Honorary Advisor to the Fetisov Journalism Award and President of the Ethical Journalism Network, in a video published on the Award’s social media.

White said the international jury had a record number of entries this year, and “has come up with a terrific selection of world-beating stories”.

“They provide us with a masterclass in stylish, fact-based, and courageous reporting,” White added, noting that the winners come from different backgrounds and different cultures, but all share a passion for truth-telling.

“Every story here is remarkable, and valuable in its own right. They are a shining example of committed and fearless journalism. Together these stories are a priceless body of evidence that journalism, despite all the pressures and threats that are facing news media, continues to make a difference in a global struggle for transparency, humanity and democracy,” White continued.

He said the organizers would announce the final line-up of first, second and third winners at the awards ceremony in April.

Four articles written by Rovcanin, two of which were co-written by Albina Sorguc, a member of BIRN BiH team at the time of publication, were selected as one of the three winners in the “Outstanding Contribution to Peace” category.

The series includes two investigative pieces, about individuals  not prosecuted for the 1995 Srebrenica genocide, “Bosnian Serb Military Police Chiefs Never Charged with Srebrenica Killings”, and “Serb Chetniks’ Links to War Criminals and Extremists Uncovered”, as well as a feature, “28 Years on, Families still Searching for Missing Bosnian Soldiers” and an analysis piece, “BIRN Fact Check: Is the Bosnian Serb Report on the Sarajevo Siege Accurate?”

The Fetisov international award promotes universal human values through the example of outstanding journalists from all over the world, as “their service and commitment contribute to changing the world for the better”.

Other winners in the same category include Syrian-Swedish duo Ali Al Ibrahim and Khalifa Al Khuder’s story “Syria’s Sinister Yet Lucrative Trade in Dead Bodies” and Olatunji Ololade from Nigeria for ‘The Boys Who Swapped Football for Bullets”.

The “Outstanding Contribution to Peace” category recognises articles on anti-war topics that have made an important contribution to peace-making and to spreading the concept of human life as the highest value.

The three other categories are “Contribution to Civil Rights”, “Outstanding Investigative Reporting” and “Excellence in Environmental Journalism”.  Three winners are announced in each of the categories.

This year, just under 400 entries from 80 countries around the globe were submitted and 13 winners were selected in the four categories. The Fetisov Journalism Award Expert Council selected 37 best stories from 34 countries for the shortlist, which included 17 collaborative works and 11 cross-border investigations.

As described on the award website, the annual contest aims to highlight the works of those journalists who bring up hot-button issues and have widespread impact, reward outstanding journalists with major money prizes for their dedicated work and help nominees and winners to achieve greater visibility by publishing their works on the website of the contest and in print media.

This year, the jury consisted of Ann Cooper and Bruce Shapiro from the US, Barbara Trifonfi from Austria, Christophe Deloire from France, Christopher Warren and Julianne Schultz from Australia, Eva Markaceva from Russia, Kaarle Nordenstreng from Finland, Mariana Santos from Portugal/Brazil, Nikos Panagiotou from Greece and Ricardo Gutierrez from Belgium.

Former BIRN Bosnia and Herzegovina journalist Sorguc was also shortlisted alongside Emina Dizdarevic for the Fetisov Award in 2019 in the “Outstanding Contribution to Peace” category with a series of articles on war crimes and transitional justice.