The Balkan Investigative Reporting Network in Albania held a three-day training course in Tirana from November 24-26 for local journalists on court and crime reporting techniques, the transparency of the courts and mobile video reporting. 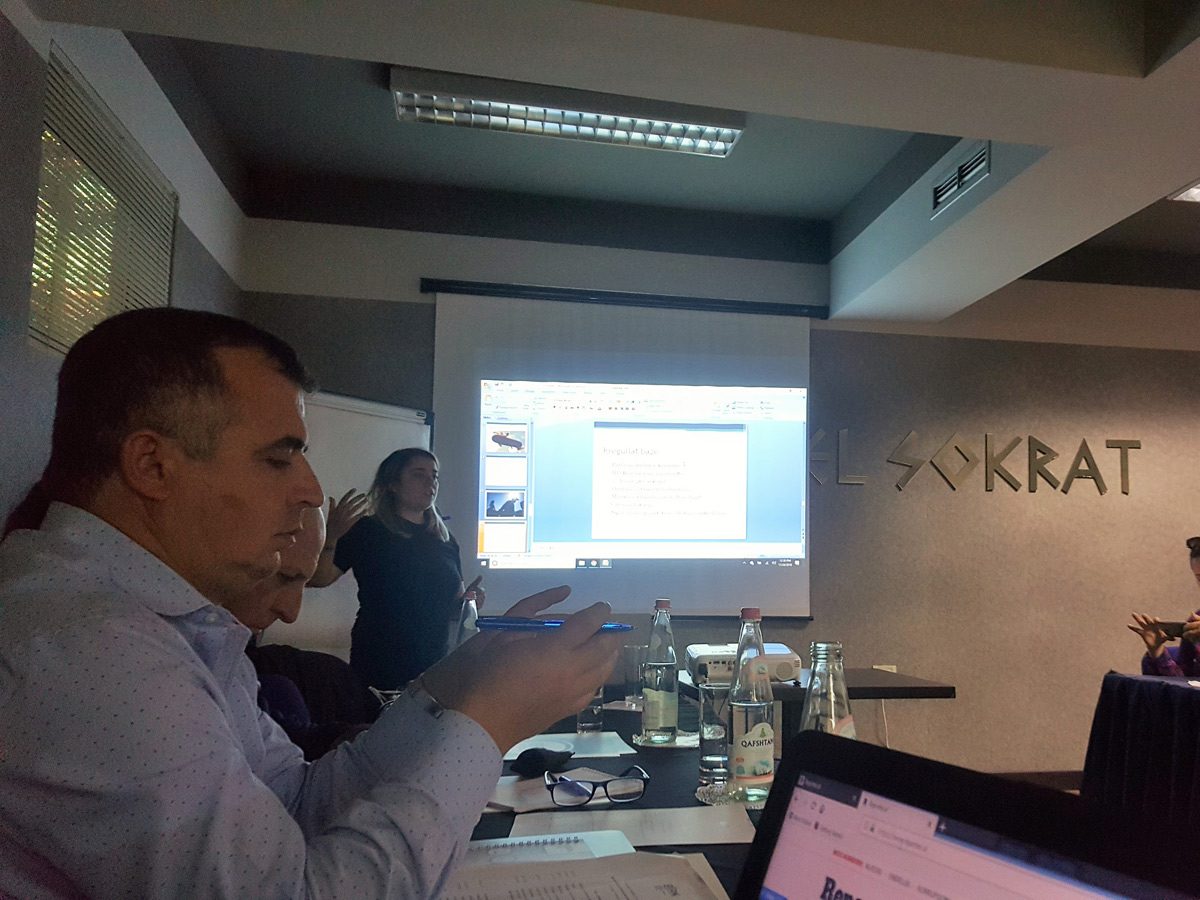 The training course was made possible with support from the USAID-funded Justice for all Project, which is implemented by the East-West Management Institute with local partners like BIRN Albania. Fifteen journalists representing all the regions of Albania attended the training course, at which advanced court and crime reporting techniques were discussed.

The workshop was greeted by EWMI Media Advisor Elira Canga, who underlined the importance of court reporting to advance Albania’s justice reform.

During the training course, the journalists were presented with the recently-published BIRN Albania report on the transparency of courts in Albania and told about techniques of how to use court websites and databases to identify leads.

The training course aimed to strengthen the skills of mid-career journalists to report from the courts, the prosecutor’s office and other law-enforcement institutions, as well assisting them to better use multimedia tools in their stories.

A special session on mobile video reporting was held during the training session by Ivana Dervishi, BIRN Albania’s multimedia journalist, at which the latest techniques of using cellphones to shoot video were presented.

The journalists who attended the three-day workshop have already been given on-the-job training and mentoring by BIRN Albania as part of the project ‘Enhancing the Transparency of Justice Reform in Albania’.