BIRN Kosovo held its third debate on November 26 to present findings from its analysis of Auditor General’s reports, this time for the Gjilan/Gnjilane municipality. 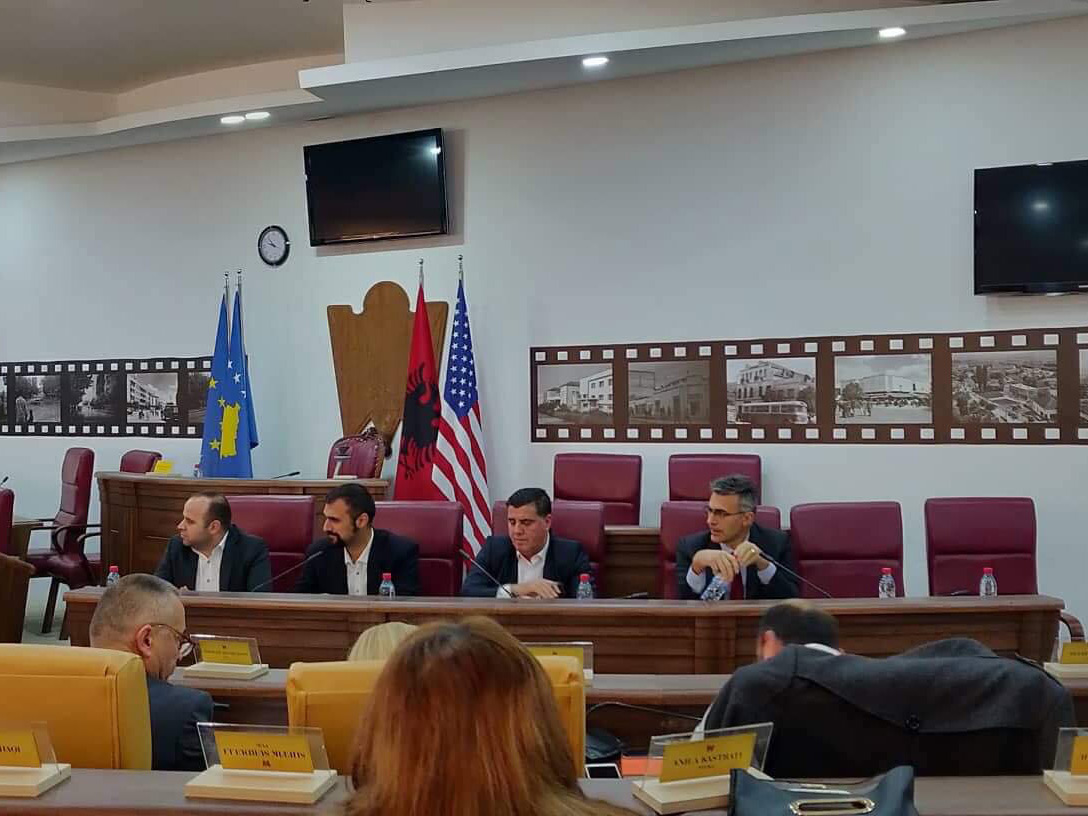 The results of BIRN Kosovo’s monitoring of the implementation of audit recommendations for the Gjilan/Gnjilane municipality were presented in an open debate on November 26, with more than 30 representatives from the municipality, civil society and Auditor General in attendance.

BIRN Kosovo Editor Visar Prebreza gave a brief presentation of the project and its findings, which showed that of the 45 recommendations provided to the municipality, only ten have been implemented.

The Mayor of the Municipality of Gjilan/Gnjilane, Lutfi Haziri, addressed the main points of the analysis and declared that for the upcoming years, work will be done to strengthen the capacities of auditing, procurement, and finance management in his municipality.

A representative of the National Audit Office, Ilir Salihu, was also present to answer questions from the panel and the audience.

Salihu, said that such meetings contribute to inter-institutional communication, transparency, and clarifications that might be needed after the provision of recommendations.

The debate was organised within the framework of the project, ‘Support civil society to increase public oversight and accountability of Kosovo public institutions’, funded by the British Embassy in Pristina. It specifically addressed the project component that looks at the compliance of targeted institutions with recommendations of the National Audit Office.

Similar debates will be held in more municipalities in Kosovo with the aim to present the BIRN Kosovo analysis on the implementation of audit recommendations.

Every debate will be held in the municipal assemblies of the municipalities in question, and will be livestreamed by BIRN Kosovo.