The BIRN Albania documentary ‘Free Flow’, which follows local resistance to the construction of hydropower plants in Albania, was screened on August 5 and 6 at Dokufest, the international documentary and short film festival in Prizren, Kosovo. 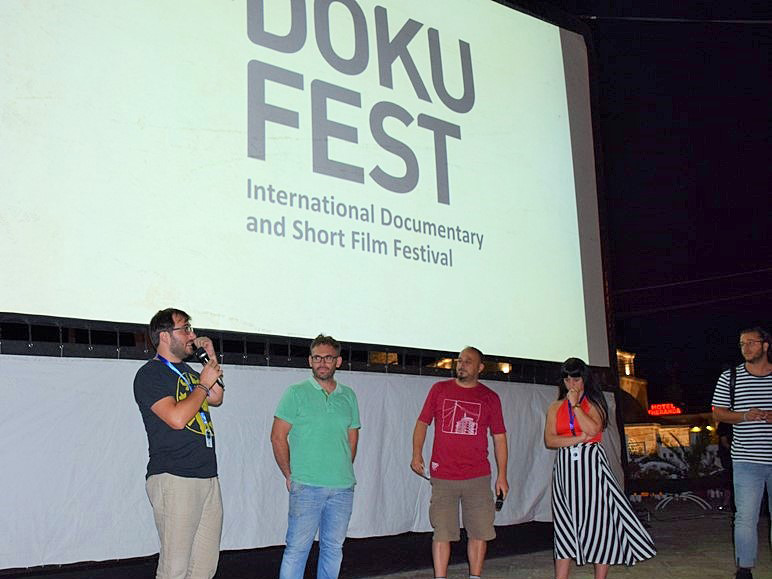 ‘Free Flow,’ which was directed by award-winning film-maker Elton Baxhaku, is competing in the national documentary competition at Dokufest.

The film draws attention to the decades-long struggle of Albanian villagers, activists and civil society against hydropower projects which pose a threat to the environment and the local tourism industry.

In cooperation with Balkan Green Foundation and Kosovo Civil Society Consortium for Sustainable Development, BIRN Albania helped organise a panel discussion at Dokufest, called ‘Reflect the Green in You’, which focused on the harmful development of hydropower plant projects in national parks and downstream areas.

As well as the ‘Free Flow’ director Elton Baxhaku, among the panellists at the Dokutalks event held on August 6 at Prizren’s old hamam were BIRN Albania editor-in-chief Besar Likmeta,  Aleksandra Bujaroska from the organisation Front in Macedonia, Ena Bavcic from Civil Rights Defenders in Bosnia and Herzegovina and Fabian Techene from WWF Adria. The panel was moderated by Visar Azemi from the Balkan Green Foundation.

The next screening of the documentary will be held in Sarajevo on August 12.