Romanian journalist Ani Sandu was awarded first prize for the 2019 Balkan Fellowship for Journalistic Excellence (BFJE) programme at a closing ceremony in Vienna on Friday. 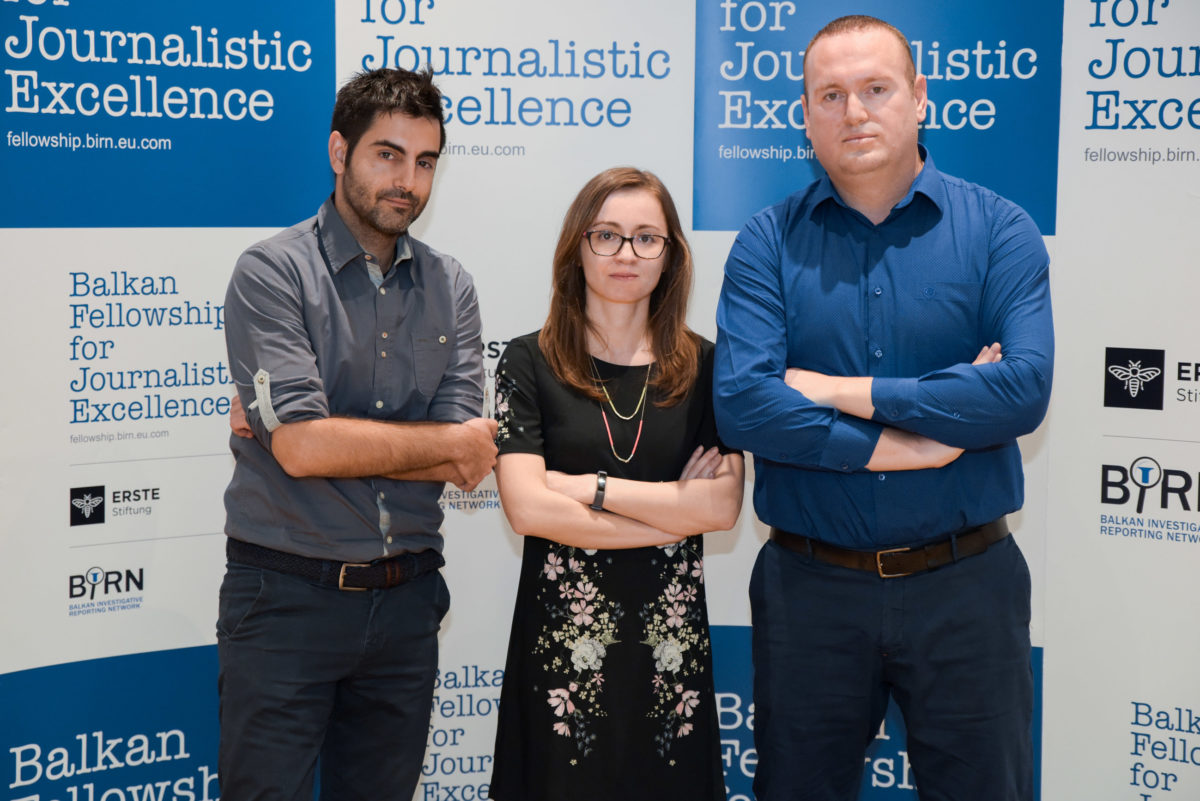 Sandu won the award of 4,000 euros for her investigation into the trafficking of Roma children to Western Europe.

Jury members praised Sandu, a news anchor and editor at Romanian public radio and a reporter at large for quarterly magazine DoR, for her meticulous reporting on what Europol has described as one of Europe’s biggest trafficking rings.

Her investigation, Blind Justice for Romania’s Trafficked Roma Children, reveals the scale and complexity of an alleged criminal enterprise in the Romanian town of Tandarei, where investigators say local gangsters have trafficked scores of children into a life of forced criminality.

“At a time when we only get information in fragments and attention spans are limited to 140 characters, Ani produced a piece brimming with detail, suspense and thoughtful, elaborate research that grabs you to the end and you won’t easily forget,” said Elena Panagiotidis, editor of Swiss daily Neue Zürcher Zeitung.

“Keeping people like slaves in Europe seems unthinkable, although we’re aware of Roma begging and being abused. Ani sheds light on this topic in a way that doesn’t sensationalise it. She contacted — or tried to contact — all the people involved. She found superb characters in Britain telling her how they discovered the network.

“She gives us a picture of life in Tandarei. She read countless court documents. It’s like she said: ‘a detective story without a happy ending.’”

Ahmetxhekaj, an editor at Kosovo Public Television, won praise for Brain Drain: Will the Last Doctor in Kosovo Turn Out the Lights.

“The exodus of medical personnel from the Balkans to Germany and other EU countries is well known by now,” said Florian Hassel, Central and Eastern Europe correspondent for German daily Süddeutsche Zeitung.

“Shkumbin Ahmetxhekaj managed to break new ground nevertheless, reporting on the dark side of the medical exodus and the newly born exodus industry in his home country, Kosovo, and on Germany, where hospitals hire nurses and doctors from Kosovo by the hundreds but often find the reality different from their expectations.”

The jury singled out Zafeiropoulos, an investigative reporter for Greek daily Efimerida ton Sintakton, for his soon-to-be published “Alexander the Bot: The Twitter War for the Macedonian Soul”.

The jury congratulated all of this year’s fellows on the originality and integrity of their work, which included stories on demographic change, public health, energy independence, human rights, refugees and historical revisionism.

A collection of their stories will be published in the new year.

With the conclusion of this year’s programme, the 10 fellows join the BFJE alumni network, which consists of more than 100 journalists from 10 Balkan countries who collaborate on stories and promote the highest professional standards.

The Balkan Fellowship for Journalistic Excellence was launched in 2007 to promote high-quality, cross-border reporting. The programme provides fellows with financial and editorial support, allowing them to travel, report and write their stories and develop their journalistic skills.

In 2020, the fellowship programme will expand to include journalists from the Visegrad Four countries of Czech Republic, Hungary, Poland and Slovakia.

The Balkan Fellowship for Journalistic Excellence is implemented by the Balkan Investigative Reporting Network and supported by ERSTE Foundation.