BIRN Kosovo, in association with the Kosovo Foundation for Open Society, hosted a discussion panel entitled ‘The challenges of higher education in Kosovo and Albania’ on July 7 in Durres, Albania. 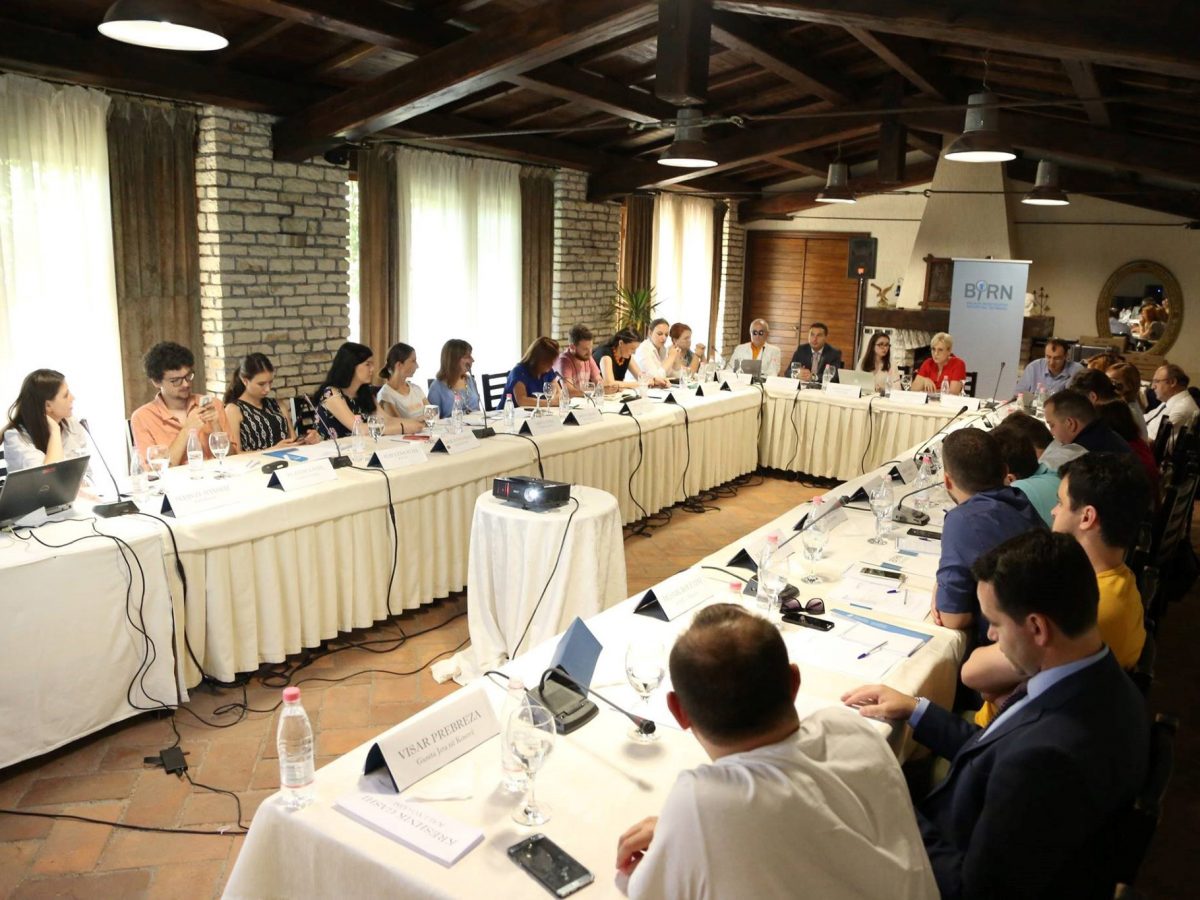 The debate brought together policy-makers, education experts and journalists from Kosovo and Albania as well as senior officials.

The panel consisted of Albanian and Kosovo Education Ministers, Lindita Nikolla and Shyqiri Bytyci who opened the panel with statements regarding the current situation of education and future cooperation between their two countries.

The ministers, along with professors Artan Fuga and Dukagjin Pupovci, discussed education reform and efforts to ensure quality in both countries.

According to Kosovo Education Minister Bytyci, the situation in Kosovo and Albania regarding higher education is similar and points towards a “quality crisis” in both countries.

Bytyci said that Kosovo higher education institutions, he said that different universities are working as companies, where diplomas are being sold just like products.

Bytyci also said that now is the time for the government to come up with measures to combat these phenomena.

However Albanian Education Minister Lindita Nikolla said that even though the ministries of both countries have worked together towards the improvement of the quality of education, the situation in these countries was not identical.

Nikolla highlighted efforts to accredit higher education institutions in Albania which have recently been carried out using a British quality assurance strategy.

Professor Dukagjin Pupovci said that the main issues that are not being addressed are the selling of diplomas and unprofessional qualifications.

Professor Artan Fuga said that one of the most criticised policies has been the tariff increase at public universities.

After the panel, the conference continued with a presentation by the Professor Gazmend Luboteni and Professor Vjollca Krasniqi from the Kosovo Accreditation Agency, who spoke about the issues of accreditation and quality assurance.

The third part of the conference involved journalists Besa Kalaja from Preportr, Besnik Krasniqi from Koha Ditore and Rron Gjinovci from ORCA, who held a discussion under the title ‘Reporting and investigation in education: specific cases’.

On July 8, the conference was followed by an intensive workshop with journalists, who developed ideas for investigative stories on higher education in Kosovo.