Seven of the ten municipalities that took part in the project designed to draw citizens into decision-making on local budgets in 2015 and 2016 are carrying on with the project in 2017. 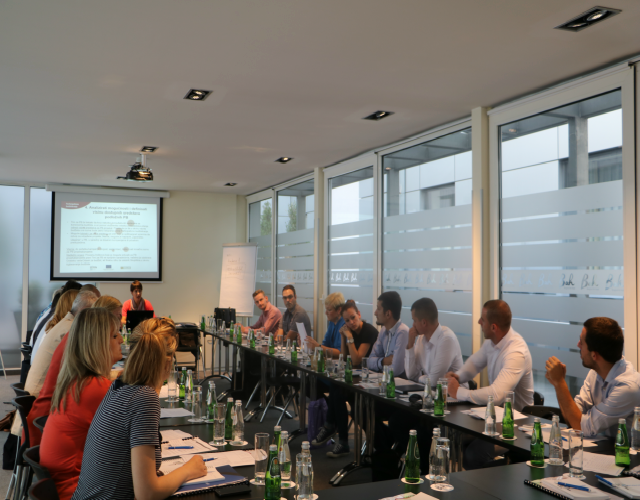 Following the successful completion of the Participatory Budgeting Project, which was jointly implemented by BIRN Serbia and NALED (National Alliance for Local Economical Development), funded by the European Union, seven local governments in Serbia are to continue with the project in 2017.

During 2015 and 2016, ten municipalities completed all activities with the aim of introducing the practice of public participation in the decision-making process on local budgets.

Seven of them have since made a further commitment to continue the Participatory Budgeting Project in 2017.

In line with this decision, a working meeting with representatives of local communities was held in September 2016 to exchange previous experiences, define possible obstacles and plan implementation of a new project cycle in 2017.

Municipalities that have started activities on the project are Pirot, Ruma, Sabac, Knjazevac, Sremska Mitrovica, Sombor and Pancevo.

The process of collecting proposals from citizens in these communities is already complete and the next steps are public surveys, public hearings on the budget and approval of budgets for next year.

From December 2014 to June 2016, about 16,000 people participated in the Participatory Budgeting Project. Municipalities taking part in the project assigned nearly 800,000 euros of their 2016 budgets for financing 53 projects that were chosen as the best among 2,400 proposed. Citizen Budget Guides for 10 municipalities have been drawn up, aiming to simplify and make the way budgets are created and how public money is spent easier to understand.