The municipality of Raška has joined the “Participatory Budgeting” project by means of a street event organised by BIRN Serbia under the initiative for the promotion of good governance. 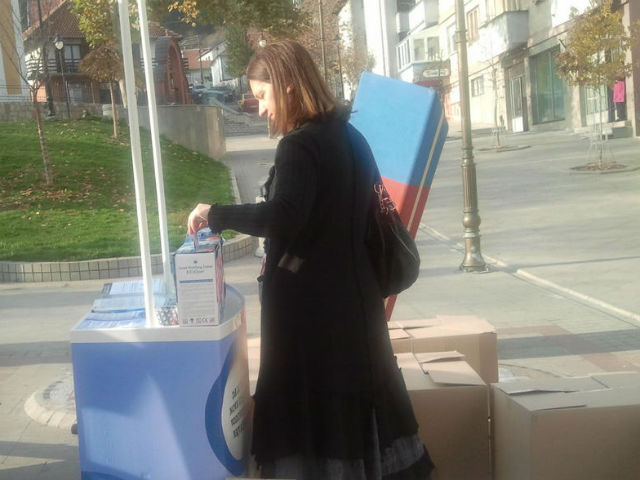 On Saturday, November 24, over 200 residents of the municipality of Raška filled in questionnaires at a street event aimed at informing the people better about the budgeting process, principles of good governance and including the local community in the process of defining budget priorities.

This was the first time people were given an opportunity to declare themselves regarding municipal priorities in the field of capital investments. The municipality offered six projects and the people were asked to select the three that they see as most important.

Following the street event a special booth was placed at the municipal Assistance Centre where people will have a chance to fill in questionnaires until the adoption of the budget and thus give additional recommendations to the government regarding what needs to be done first in the course of next year.

Organised further under this program in the municipality of Raska will be a Local Budget Forum at which the results of the poll will be presented along with the 2013 municipal budget.

The event is a part of the Participatory Budgeting Project and a continuation of the “I Want To Because I Live Here” campaign that BIRN is carrying out with the support of the EU Progres Program of assistance to municipalities in Southwest and Southeast Serbia.