The Balkan Fellowship for Journalistic Excellence has gathered 35 alumni from nine countries of the region in the Macedonian capital Skopje. 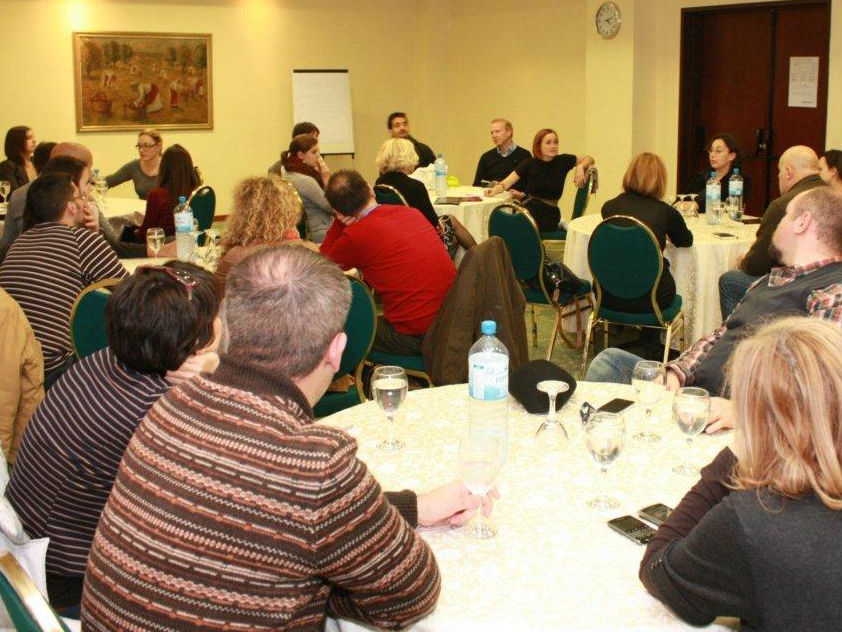 The award ceremony, honouring the work of the 2012 fellows, was held on Friday, November 23.

“I will never forget the feeling when I was awarded, it was really special moment for me,” said Majlinda Aliu who won the first place in 2011 for her story about the Balkan war widows.

On Saturday the alumni had an opportunity to see the newly revamped Skopje. They were taken for a guided tour to see dozen new buildings and numerous monuments and sculptures, new bridges as well as hear about the controversies related to the costly project that has now put Macedonia on the tourist map.

The alumni also attended a panel with Roberto Belicanec of the Media Development Centre and Xhabir Deralla from the NGO Civil and a discussion about the current political situation in Macedonia, the deteriorating state of media and freedom of speech as well as the fragile inter- ethnic relations.

“I did not know much about the situation in Macedonia before, but now I am inspired to come back here with the TV crew and make a piece about it,” said Jelena Kulidzan, a journalist and editor from Montenegro, awarded with the second price in 2011
programme.

The same day, the group discussed future alumni activities and models of cooperation, including the joint regional reporting projects.

“It is great seeing all of us together, this network is the biggest asset of the programme and I really enjoy being in touch with the likeminded group of professionals,” said Nenad Radicevic, a fellow from 2007.

The idea to hold annual alumni meetings came about as a result of interest by former fellows to continue to jointly contribute to the goal of promoting excellence in journalism in the Balkans.

The alumni initiative is supported by Erste Stiftung and the Robert Bosch Foundation, in cooperation with the Balkan Investigative Reporting Network.