‘Invisible Art’, a new project from the Balkan Investigative Reporting Network, will be launched with a regional meeting of participating journalists in Belgrade. 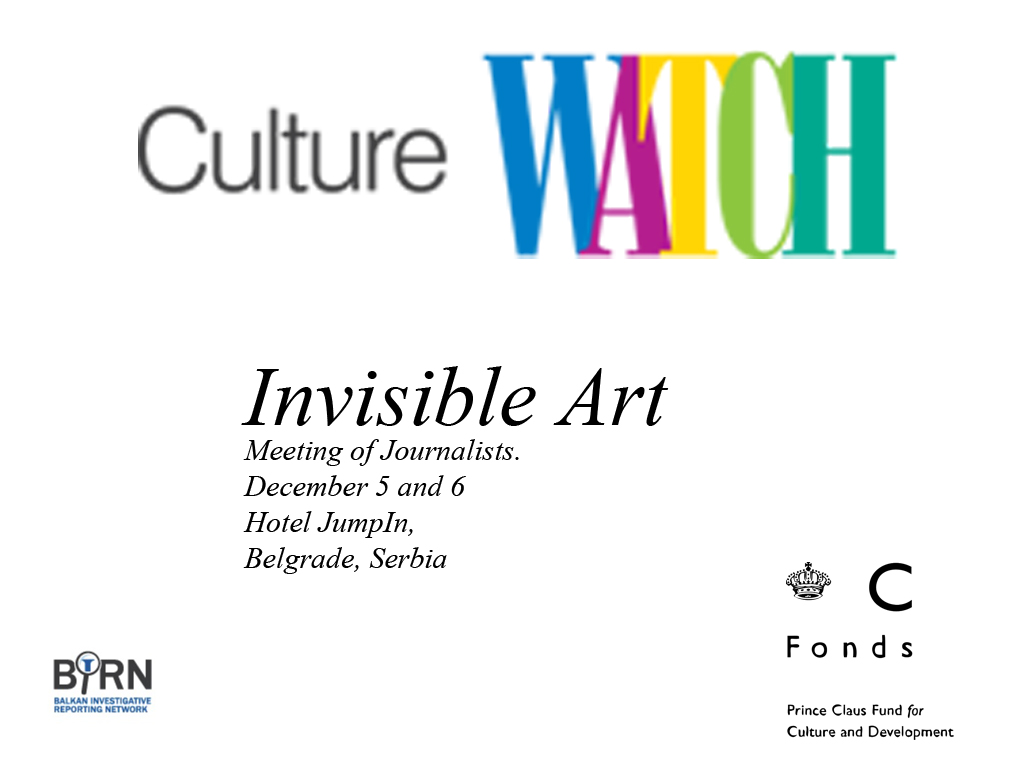 Twelve journalists from Albania, Bosnia and Herzegovina, Macedonia, Montenegro, Serbia and Kosovo will meet on Friday at the Jump In Hotel in Belgrade for two days of training, discussions and the commissioning of stories about the Balkan contemporary art scene.

They will prepare to start research and about the phenomena that define the Balkan contemporary art scene, such as the marginalisation of alternative artists and groups; political, party or religious control over art; ideological conflicts among artists and groups, and obstacles to artistic freedom of speech and expression.

The journalist will try to explore these phenomena in their countries through individual examples from the various spheres of art – from visual arts and literature to music and film – thus uncovering ways in which the social situation affects artists and how it is reflected in their work.

The selected countries are all non-EU states, characterised by a high tolerance for crime and corruption, conflicts between traditional and liberal values, and strong political and party interference in all spheres of life including art. This, together with the lack of a market for contemporary art and the selective state financing of contemporary art projects, serves to marginalise those with alternative approaches to cultural work.

With this project, the Balkan Investigative Reporting Regional Network, BIRN Hub, continues the mission it started with the Balkan Initiative for Cultural Cooperation Exchange and Development, BICCED project (2010-2012), whose main aim was to train journalists in writing analytical and investigative articles dealing with culture policies in ex-Yugoslav countries.

‘Invisible Art’ is a further step towards the same goal: to use the capacity created with BICCED to provide a detailed and colourful insight into the forces that affect art in the Balkans.

The project was initiated by Balkan Investigative Reporting Regional Network, BIRN Hub and is being implemented with the kind support of the Prince Claus Fund.

Twelve feature articles enriched with videos, photos and audio from the alternative culture of the Balkans, each authored by one of the participating journalists, will be published on the Invisible Art focus page within the Balkan Insight website from March to September 2015.