The Balkan Investigative Reporting Network in Bosnia and Herzegovina premiered its first feature documentary film entitled “Missing you…” at Sarajevo’s Meeting Point Cinema last night. The film addresses the difficulty that families have to face on their quest to find their missing loved ones. 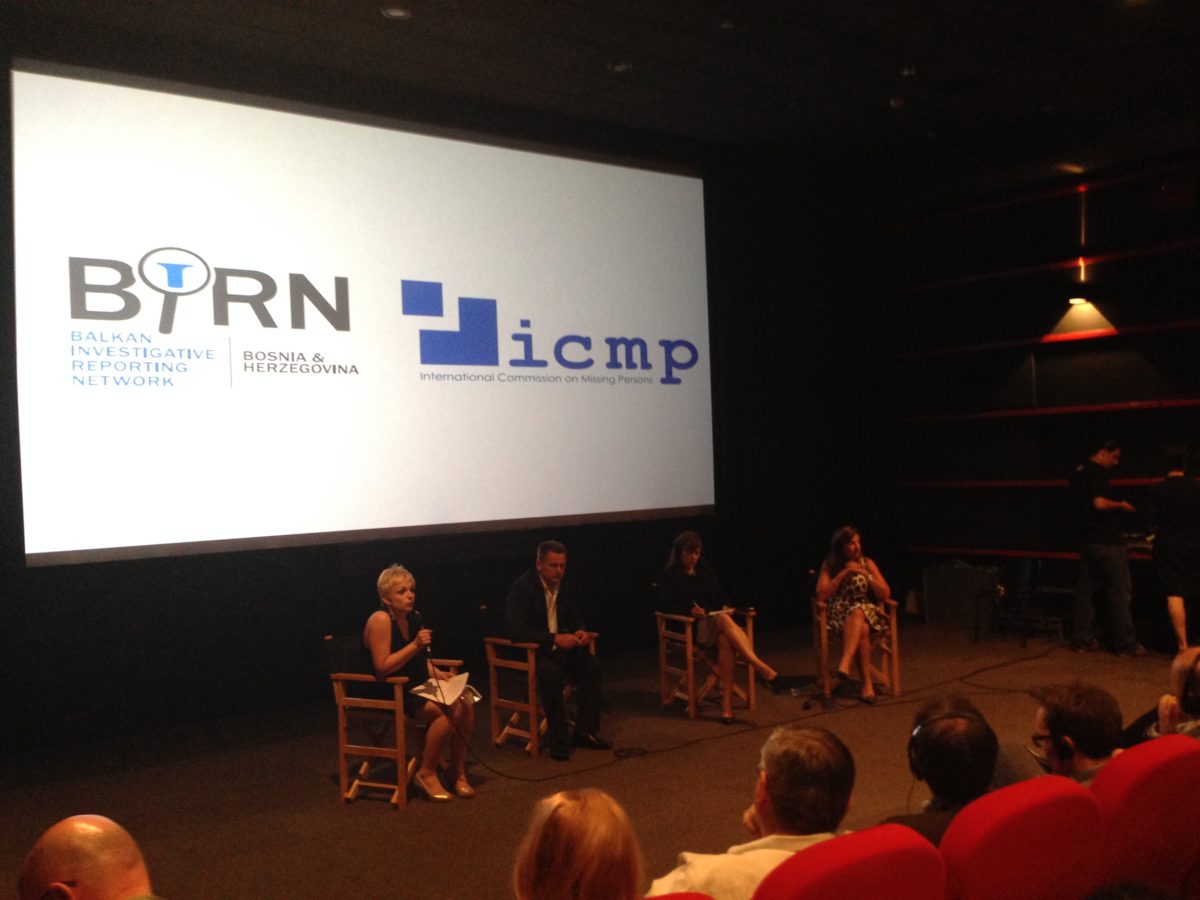 “The film draws attention to the issue of missing persons not just as a result of armed conflict, which was the case in the former Yugoslavia, but organized crime and human trafficking as well,” said Anisa Suceska – Vekic, the director of BIRN BiH and the film’s executive producer.

The film shows the process of the search for a missing person in detail, its key actors and their roles. It underlines the importance of DNA analysis for speeding up the process of identification.

“Painful though it is, it must be seen, and we have a duty not to look away,” says the deputy head of the OSCE Mission to BiH, Nina Suomalainen.

One of the main characters of the film, Fikret Bacic, has spent 22 years looking for the remains of his wife and two children who were executed in Prijedor during the war.

“I came back to BiH not just to find my family’s bodies but to make sure those who killed them are brought to justice,” said Bacic.

Alongside OSCE and Bacic the crowd had a chance to hear from the ICMP’s General Director, Kathryn Bomberger, at the Q&A panel that was held right after the screening.

“The issue of the missing is a global problem, many countries are facing it as people disappear almost every day,” said Bomberger.

The film is dedicated to all those who are still looking for their family members, regardless of their ethnicity, their national background or the cause of the disappearance.