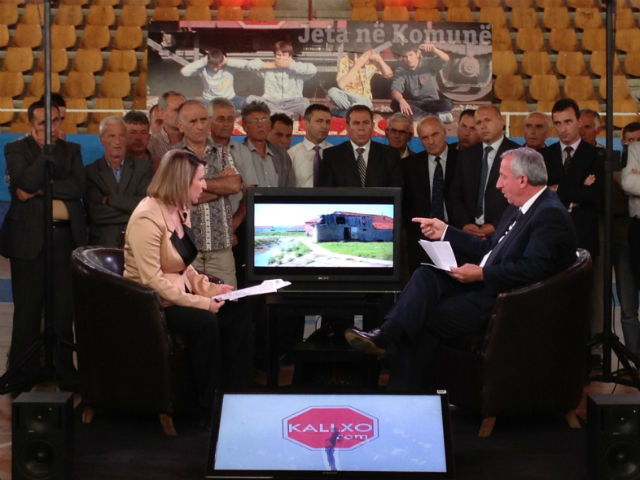 The event took place in Novi Pazar, Uzice, Kragujevac, Novi Sad, Nis and Vranje and included the participation of hundreds of citizens who discussed their views on local media and the topics they believe to be important for the communities they live in.

In terms of coordination and production, this is the biggest event organised by BIRN Serbia’s office in collaboration with colleagues from the Belgrade office, local coordinators and local NGOs, and with the technical support of Telekom Serbia.

The action’s implementation included the direct participation of some 60 people – BIRN coordinators, local coordinators, technicians and volunteers. The event was also broadcast live over the Internet and watched by thousands of people, while the campaign’s Facebook group has grown to include nearly 1,500 members in just two weeks.

During the course of preparing the event, BIRN Serbia covered thousands of miles travelling across Serbia, spoke to dozens of people at the local level, made several thousand phone calls and sent hundreds of emails.

Video material collected during this campaign will be distributed to local media, while part of it will be included on the campaign’s Facebook page.

The citizens who participated in the “Five cents for media” event agreed on one thing: local media is important for local communities, but should deal more with citizen’s daily problems and spend less energy reporting on the activities of local leaders and national politicians.

BIRN Serbia is implementing this campaign with the assistance of IREX Serbia.