This year’s final gathering of participants from the Balkan Fellowship for Journalistic Excellence is taking place in Skopje, between November 21 to 23. 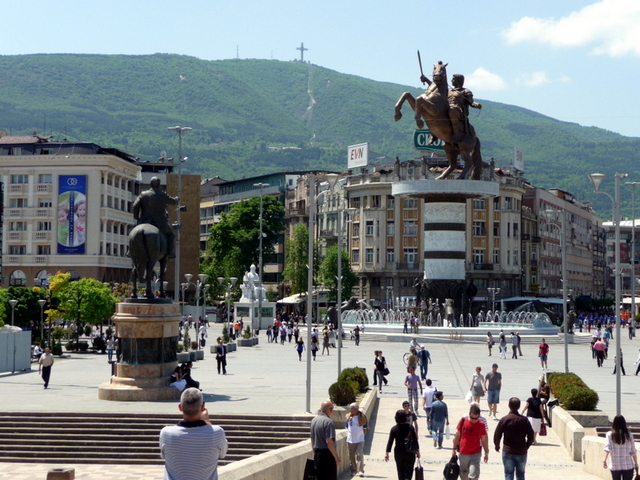 The selected journalists will present their works in front of a board of international editors.

The jury will select the three best articles from the programme this year.

The members of the board this year are:

The winners will be announced on the evening of Friday, 23 November, at a ceremony at the Holiday Inn Hotel in Skopje.

A further 30 journalists from the region who are alumni of the Fellowship are also expected to participate in the event.

The theme for this year’s competition was “communities”. Journalists on the programme reported on topics ranging from football fan groups, the environmental movement, radical Islamists, youth unemployment, orphans and the exploitation of immigrant workers within the European Union.

Click here for more information about this year programme.

Launched by the Robert Bosch Stiftung and Erste in 2007, in cooperation with the Balkan Investigative Reporting Network (BIRN), this annual scholarship provides financial and professional support to journalists, encouraging good reporting in the Balkans region.

“We believe that journalists from south-east Europe should have the chance to be engaged in basic research with an international dimension, beyond their daily duties in their media,” says Robin Gosejohann, Project Manager, Erste Foundation.

“We are pleased to support this programme, along with our partners, for the sixth year in a row, and we will continue with this practice.”

The programme encourages regional networking among journalists and seeks to provide quality reporting on complex reform issues that are of central importance for the region and for the EU.

Ten of this year’s scholars were selected from among more than 120 candidates from nine Balkan countries.

After the completing the programme, they will become part of the Fellowship alumni network of regional journalists.

The competition for next year’s entries will open in early 2013.