BIRN Bosnia and Herzegovina and the Association of Court Reporters organised a meeting between judicial institutions from Eastern Sarajevo and the media with the aim of establishing better co-operation that would enable citizens to get timely and objective information. 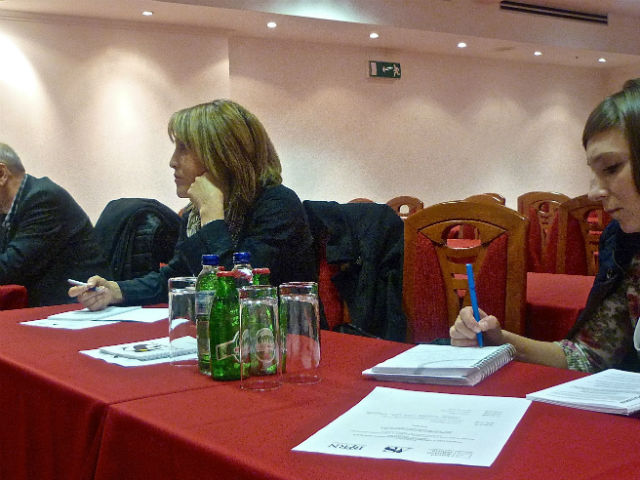 The meeting held on November 20 this year concluded that the District Court in Eastern Sarajevo was ready to establish better co-operation with the media.

The meeting participants said that, in order to achieve better collaboration, it was necessary to educate representatives of the media and judicial institutions, so they would know what type of information they could share with the public and journalists would know how to convey the information in line with court, prosecutorial and journalistic codes of ethic.

In terms of the anonymisation of court documents and verdicts, the meeting participants agreed that it was not necessary to do it, particularly when it comes to verdicts, because the general public should know the first and last names of crime perpetrators with the aim of preventing such crimes from happening again.

As far as the District Court in Sarajevo is concerned, journalists can submit timely requests to the Court President, asking him to allow them to record hearings. These requests are very often approved, enabling journalists to have photographs from courtrooms.

Also, journalists can find public announcements about verdicts and similar documents on the webpage of this institution. The meeting participants agreed that those announcements should be published as soon as the verdicts have been pronounced, so media stations could convey them immediately.

Past co-operation between the media and judicial institutions deteriorated due to the negative experiences of judges and prosecutors from the Eastern Sarajevo area. So, the judges and prosecutors decided not to give interviews or statements to the electronic media, but to submit their responses in writing only.

Another reason for not giving statements to the media lies in the fact that the District Court in Eastern Sarajevo is not able to employ a spokesperson, because, as they say, no financial resources have been allocated for this purpose.

The Eastern Sarajevo Court says that the situation will probably not change in the coming years. Therefore, managers of judicial institutions should provide information to the media in order to ensure transparency of their institutions.

Representatives of the District Court in Eastern Sarajevo say that they are ready to change their practices, particularly those referring to grave crimes, but, at the same time, they expect journalists to prepare factual reports without twisting the facts and adding their personal opinions.

The workshop in Eastern Sarajevo is one in a series of workshops organized by BIRN BiH in collaboration with AIS throughout Bosnia and Herzegovina this year with the aim of increasing the transparency of judicial institutions and responsibility of the media.

The workshops have been organized with help from the Konrad Adenauer Stiftung.