BIRN’s “Life in Kosovo” has been recognized for reporting on women in a TV programme. 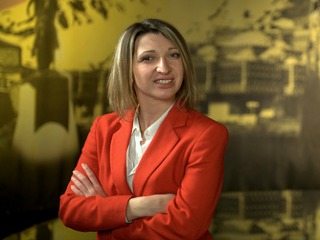 Jeta Xharra, director of BIRN Kosovo, won first prize for TV journalism in an award given by UN women and the group Security and Gender Equality.

The award recognized Xharra for programme dedicated to Kosovo film director Blerta Zeqiri. This prize was given at the opening of a 16-day camapaign against gender-based violence, which concludes on December 10.