With the sounds of guitars and the consummation of traditional Serbian dishes on a balcony in the Petrovaradin fortress in the town of Novi Sad, the BIRN Summer School of Investigative Reporting has officially ended. 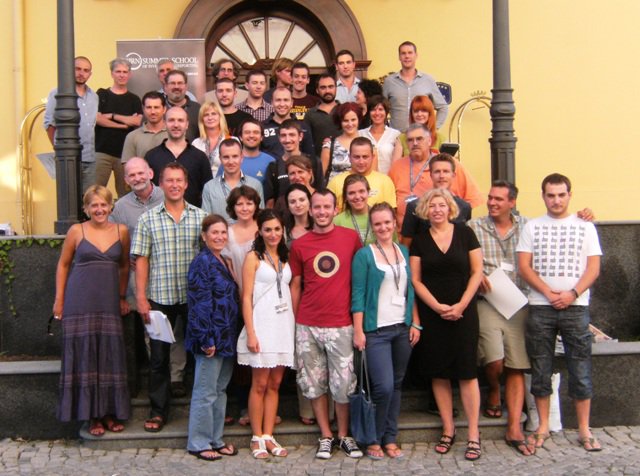 After participants in the BIRN summer school received certificates for their attendance, they moved to a hotel’s balcony, with a view of the Danube River, to have dinner.

To the surprise of all those present, one of the trainers, Mark Lee Hunter, took out his guitar and started playing while another trainer, Drew Sullivan, joined sang along with him.

The duo warmed up the atmosphere, enabling the participants to continue having good time in the city’s downtown.

Despite staying up late, none of them missed the next morning’s hiking tour of the nearby Fruska Gora mountain and visits to monasteries.

Afterwards, some decided to stay on for a couple of days while the rest said goodbye to each other.
The goodbye was only until the next year’s BIRN summer school, they said.