The first ever Culture Watch Award for analytical and investigative reporting on cultural issues in the Balkans went to Valentina Milenkovic from Vranje. 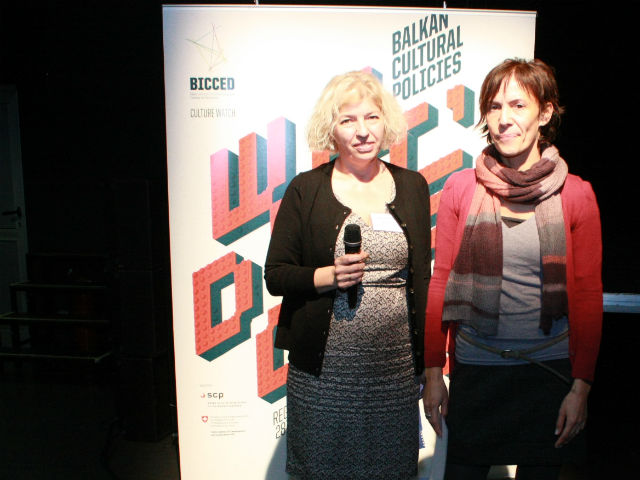 The award organised by Balkan Investigative Reporting Network (BIRN) and SeeCult.org was presented at the regional conference “What is (to be) Done” that took place on November 28 in Dom Omladine in Belgrade.

The jury, consisting of six cultural experts and an internationally awarded journalist, gave the first prize to Valentina Milenkovic, a journalist at “Vranjske” weekly magazine, for her complex investigative piece “How does government entertain people”.

Milenkovic investigated the funding of the cultural event “Cultural-touristic manifestation” in the municipality of Vranje in Serbia over the period of three years.

“For all that time they can only show four or five contracts that prove how the money was spent. Over 50 participants, some of them really famous Serbian singers, took part in the event,” said Milenkovic at the award ceremony.

“This is my first award in 13 years-long journalistic career, and therefore this is very important to me,” she added.

The second prize was awarded to Gordana Popovic from the daily newspaper Politika for her article “Serbia and the EU  – Culture and Candidature” about the reaction from the Serbian officials after the country obtained the EU candidate status.

“I talked to numerous officials and it was really interesting to confront opinions of two different sides in Serbia,” said Popovic.

The third prize went to Pristina to Vullnet Krasniqui, a journalist from the daily newspaper Koha Ditore for the article: “Kosovo authorities risk loosing some clay figures of Kosovar origin”.

Article by Bosnian journalist Irfan Hosic “Departures as a Rule” published in the “Dani” weekly magazine, was given the fourth prize.

“It is an honour for me to receive this award especially for my analysis of art scene in Bosnia and Herzegovina and the emigration of the artist from the country,” said Hosic.

The Balkan Initiative for Cultural Cooperation Exchange and Development, BICCED, envisages the Culture Watch Award was envisaged as a step towards strengthening the analytical and investigative approach to cultural issues.

The BICCED board decided on Tuesday that the award would become an annual event. This year’s awards were supported by the Swiss Cultural Programme for the Western Balkans (SCP).