The stories produced by the ten journalists who participated in the 2012 Balkan Fellowship for Journalistic Excellence are now available in the online publication, Communities – The New Ties Reshaping the Balkans. 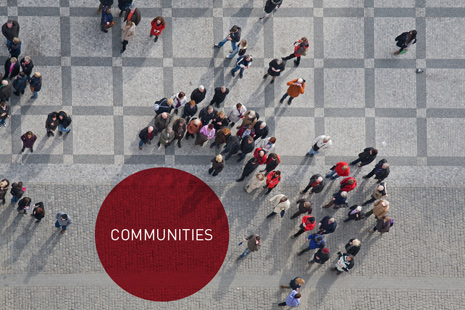 The publication provides a snapshot of the past year in south-eastern Europe, capturing some important truths behind the news.

Original research by the journalists focused on issues ranging from religious radicalism, the exploitation of migrant workers in the EU, football hooliganism, environmental activism, bad privatisation deals, and the exclusion of youth from a politicised job market. The stories were grouped under the annual theme, Communities.

The journalists were selected through open competition to receive funding and professional support that would help them conduct cross-border research into a topic of regional and EU significance.

The stories produced under the programme were re-published by prominent outlets in the region,as well as by international media including The Guardian, The New Statesman, The Atlantic, The Christian Science Monitor, Der Standard, Neue Zürcher Zeitung, The Huffington Post and the EU Observer.

The work of the fellowship and of its editor, Neil Arun, has been shortlisted for the 2013 European Press Prize in Amsterdam.

One of the participating journalists, Eldin Hadzovic, has also received an award from UNICEF for his fellowship story which examined the failure of Bosnia’s orphanage system.

“The publication of the fellows’ articles in the most important media in the region and internationally is clear proof that this project is a worthy venture,” said Remzi Lami, the director of the Albanian Media Institute and a member of the programme’s selection committee.

The 10 articles from 2012 were re-published by more than 400 outlets, supporting the fellowship’s ultimate goal – to promote and reward excellence in journalism.

The new cycle of the programme will be launched on January 28, when journalists will be invited to submit applications under the annual topic for 2013, Integrity.