The Balkan Investigative Reporting Network, BIRN BiH, in collaboration with the Association of Court Reporters, AIS, held a workshop in Brcko with the aim of increasing transparency of judicial institutions and the responsibility of the media when it comes to reporting on court processes and investigations. 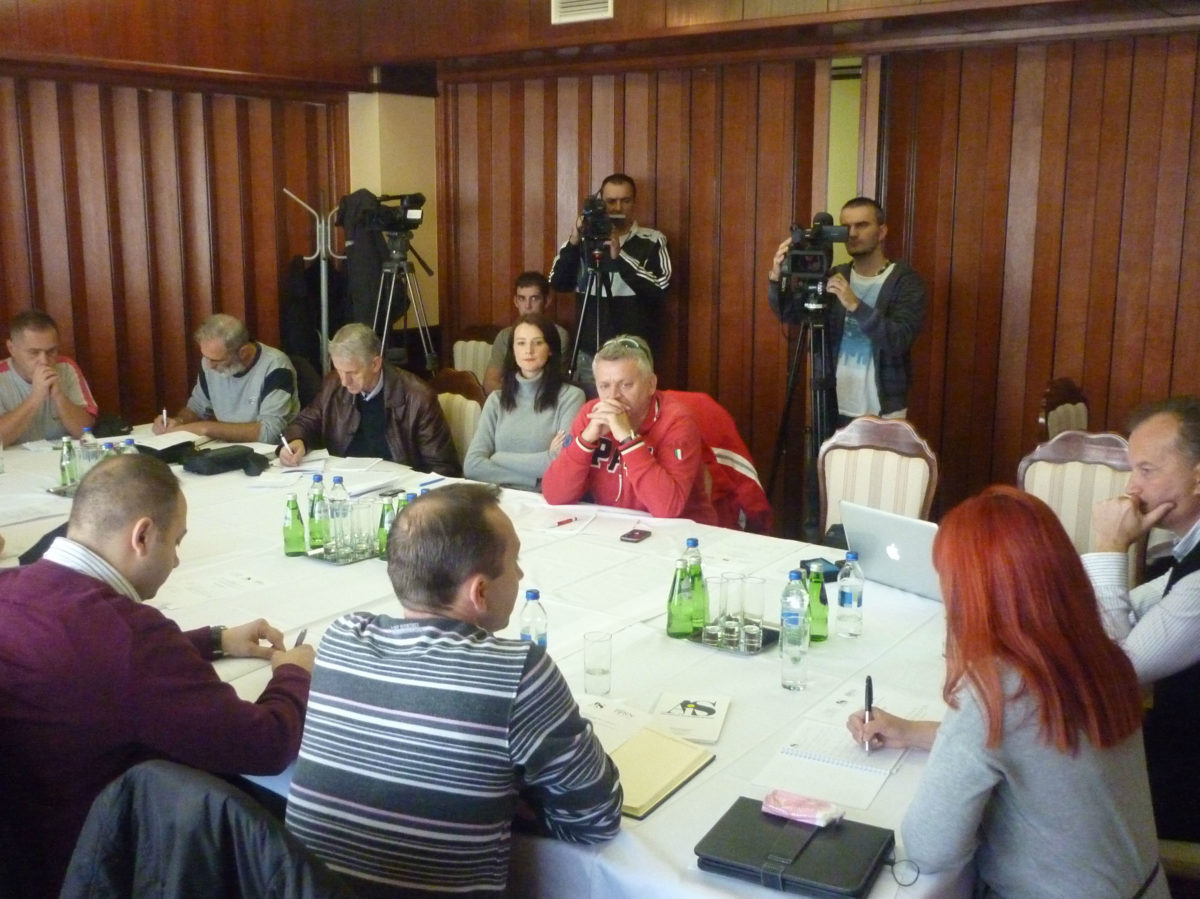 Several recommendations were made with the aim of improving the existing co-operation. Journalists, as well as representatives of judicial institutions and police, agreed with those recommendations.

Journalists would like to see hearing schedules uploaded on the Court’s website, so they can be familiarize themselves with the timing and attend the hearings. Also, announcements issued by the Court should not be overloaded with legal terminology. Besides that, journalists request that second instance verdicts also be published on the website.

Judicial institutions in Brcko have had to deal with the anonymization issue for nearly two years. Representatives of the Brcko District Prosecution have tried to solve the problem by revising the relevant legislation in an attempt to facilitate the work of both the media and prosecutors.

However, the initiative has not been a successful one. They had to conform to the rules set by the Agency for Protection of Personal Data, which stipulate that all official documents, including verdicts and indictments, can only mention initials of individual’s names, instead of the full first and last names of indictees and convicts, as well as other parties mentioned in them.

Despite the anonymization, the Brcko District Prosecution says that the media can obtain indictments confirmed by the Court, so they could report more easily and know what charges are pressed against a certain person.

Additionally journalists pointed out that they also need copies of a second instance verdict – even though they contained initials only – particularly when they conducted  research or analysis.

The electronic media in Brcko face problems with obtaining audio or video recordings, because no possibility for obtaining them from judicial institutions exists.

The President of the Basic Court sometimes approves a request for recording at the beginning of the trial, but the recording can last for a couple of minutes only. Journalists say that, in most cases judges keep quiet while the cameras are in the courtroom. They point out that this causes problems from them, as they are not able to produce quality reports from judicial institutions.

Journalists commended their co-operation with the police spokesperson, but they consider that police should hire “a professional” to make recordings during police operations, because the current recordings are most often not usable.

Representatives of judicial institutions consider that they need to be trained on the collaboration with the media. At the same time, journalists say that they require additional knowledge, given the fact that reporting on court processes is a specific field. Journalists point out that editors should be trained as well, because they frequently fail to understand some of the legal terms they use, so they replace them with incorrect terms while editing the articles.

The meeting in Brcko is one in a series of meetings organized by BIRN BiH in collaboration with AIS in local communities throughout Bosnia and Herzegovina where war crimes are being processed. The meetings aim at improving collaboration between the media and judicial institutions, enabling objective and timely information to reach the general public.