BIRN Macedonia in partnership with the Center for Civil Communication has concluded a series of ten workshops aimed at boosting cooperation between journalists and the NGO sector. 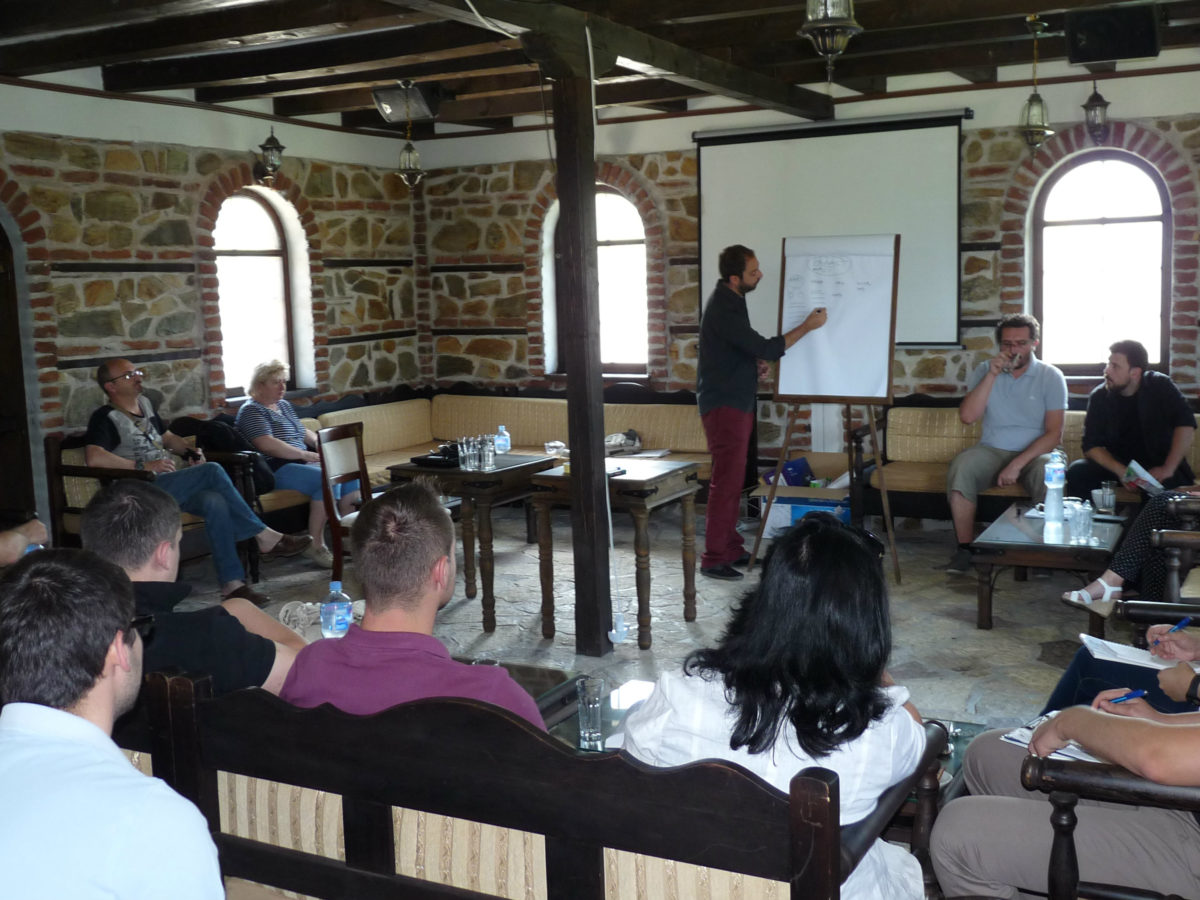 The Project for Investigative Journalism and Cooperation between the Media and Civil Society, supported by USAID, ran the ten workshops between February and June 2014.

Each was designed to empower NGO representatives with skills and techniques to increase their visibility and establish long-lasting cooperation with the journalists. At the same time, journalists gained an opportunity to learn more about investigative journalism and about the benefits of working with NGOs as partners.

The workshops brought together representatives of civil society and journalists working in ten pre-determined thematic areas of common interest.

Some sessions were intended to provide an open platform for discussion between the participants, sharing the latest information and insights from the work of the NGOs, so that journalist could later on report on it and produce stories from the information presented at the workshops.

Toni Dimkov, a journalist in the news portal MKD.MK, said the most important aspect of the workshops for him was the opportunity to share his experience with other journalists and with representatives from the non-governmental sector.

“Communication between those two, which often is based on sending and receiving press releases, was now transferred to the same room, allowing all participants to interact between each other and discuss their latest activities,” he said.

Velimir Savevski, from HERA, the Association for Health Education and Research, took part in the workshop on health policy and quality of life held in Strumica in February. The workshop helped him meet journalists that were interested in these fields and explore ways for further cooperation, he said.

“These workshops were helpful in detecting relevant stakeholders for each of the selected common issues and sharing contacts between the participants, so that both sides can get access to relevant sources and expertise for their work,” he added.

“Journalists cannot always get hold of relevant sources and information, especially when it comes to public institutions, so… cooperation with NGOs that are specialized in a specific area is more than welcome,” Biljana Stojanovska, a journalist from the daily Nova Makedonija, said.

For Ana Dimovska from Step by Step, Foundation for Education and Cultural Initiatives, it was useful to work on mapping and sharing the contacts of the key stakeholders in her respective field with the other participants at the workshop.

“I shared my experience from the workshop with colleagues afterwards and I believe that more workshops like this will follow, which will allow joint work with journalists and will result with stories in the media inspired by our work as civil society,” Dimovksa said.

Zoran Madzoski, a correspondent from Gostivar, a town in western Macedonia, concluded that the cooperation unfortunately remained at a far from satisfactory level – and one reason for that was lack of knowledge and communication skills.

He ended with the hope that this problem would be solved by workshops such as these. He said he was most impressed by the session on investigative journalism and data-journalism.

With the last workshop held in Berovo, on June 28-29, the Project for Investigative Journalism and Cooperation between the Media and Civil Society successfully concluded the ten workshops.

In future, the project will continue to organize smaller, more frequent ad-hoc debates, which will help both journalists and NGOs collaborate, increase their influence in society and increase the number of stories published in the media.