A series of articles by Boris Georgievski won the prize for best investigation of 2015, while second prize went to BIRN’s database, ‘Skopje 2014 uncovered’. 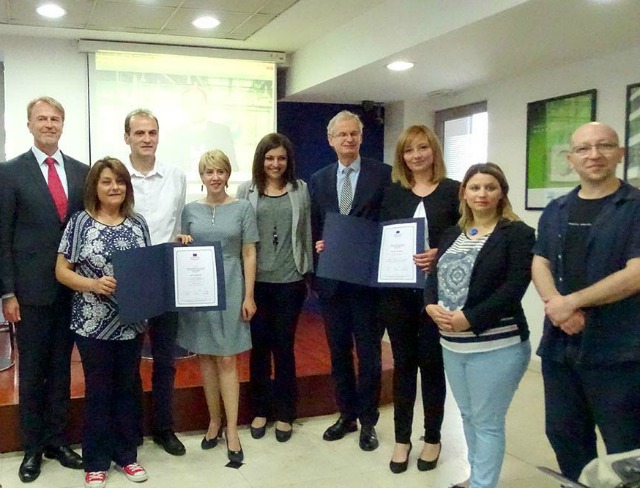 The BIRN team also won the second prize for its investigation and database, “Skopje 2014 Uncovered”.

The research shed new light on the privatization of Macedonian Telecommunications and on the events that preceded it.

“Skopje 2014 Uncovered” contains extensive research that provides new insight into the public money spent on controversially changing the appearance of the Macedonian capital.

The basis of the research is an interactive online database, “Skopje 2014 Uncovered”, which contains all the sums, contracts, suppliers, names of companies and authors as well as investors from the project, and determines the final total cost of the project.

The Skopje 2014 Uncovered database is available in Macedonian and English, and in addition to the summarized data, enables easy cross-analysis of the data by users seeking in-depth information on public money spent on the project.