The Balkan Investigative Reporting Network in Macedonia has launched a new website designed to mutually benefit the independent media and the civil society sector. 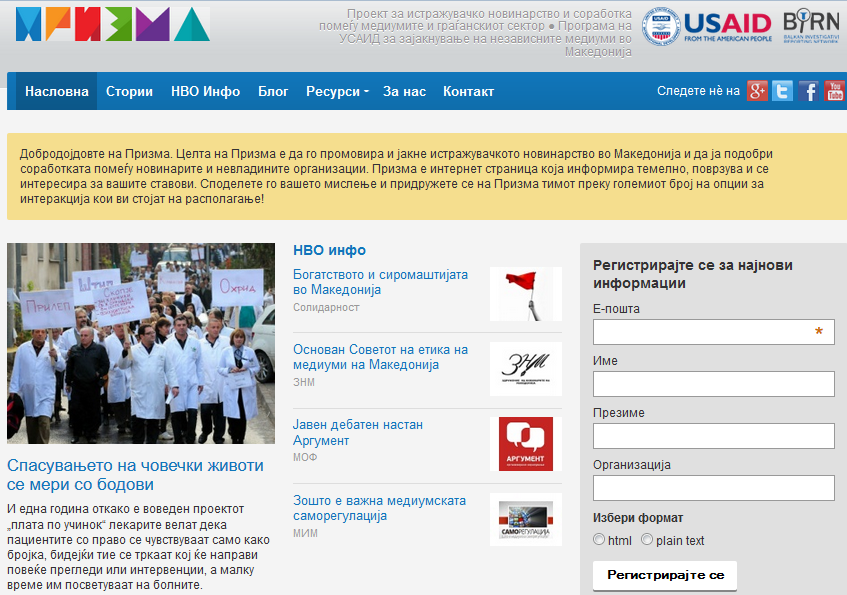 The website, launched on Tuesday, is part of the project for investigative journalism and cooperation between media and civil society, which is part of USAID’s program for strengthening independent media in Macedonia.

Prizma is a project website designed to promote investigative journalism as well as cooperation between journalists and non-governmental organizations.

The interactive website will publish investigative stories, analysis, reports, blogs, but also news from civil society organizations as well as publications, tools, books and guides published by the NGO sector.

The core idea is that Prizma will foster the creation of networks between journalists and editors as well as between media workers and NGO representatives with the goal of closer cooperation, which will then encourage publication of more credible and more precise reports by journalists while increasing the visibility of NGOs.