BIRN Kosovo published an analysis on Thursday, July 28, of women’s property rights in Kosovo in order to present a picture of the major problems around a woman’s right to inherit property. 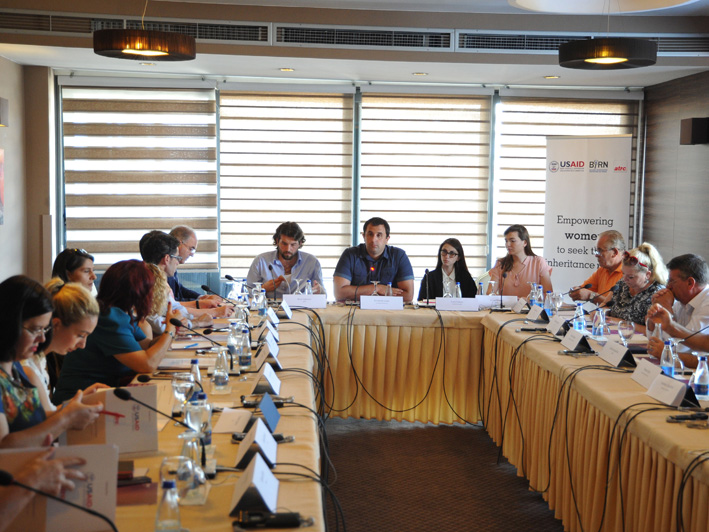 According to recent data, women are only registered as owning  16 per cent of real estate in Kosovo. Kosovo law stipulates that equal rights in general, and particularly the right to inheritance, are guaranteed under the Constitution of the Republic of Kosovo, the Law on Out of Contentious Procedure, and the Law on Contested Procedure.

Despite the legal framework in place, the popular traditions of dividing the riches are based on customary rights, such as Lekë Dukagjini’s Kanun, or less commonly on inheritance rights according to Sharia law in Islam.

This research published today contains short comparisons with the legal frameworks of neighbouring countries along with concrete recommendations.

Low percentages of female ownership of property estates result from non-implementation of the law in the maximum of its possibilities. This means that renouncing the right to inherit plays an important role in worsening the situation when it comes to the division in percentages of women and men owners of estate in Kosovo.

The possibility for agreement between inheritors and the possibility to renounce the right of inheritance has resulted in women renouncing their rights to inherit for various reasons that are related to the patriarchal mentality of Kosovar society.

The Kosovar discourse around property inheritance is heavily influenced by patriarchal concepts. Women consider their shares as a share that they have to earn from the male inheritors, and this causes impossibilities for a normal functioning of laws, since they are instead replaced with traditions.

The non-harmonization of laws that regulate property inheritance results in an overlap of competences and legal uncertainties regarding the functioning of courts and the notary system in Kosovo. These legislative issues are real obstacles to solving inheritance cases in Kosovo. There is also a lack of electronic databases that would speed up procedures of inheritance and would minimize the possibility of fake declarations or frauds of different natures.

This publication also provides concrete recommendations on interventions that must be made in order to increase the number of claims for inheritance by female heirs and to improve implementation of inheritance rights in the near future.