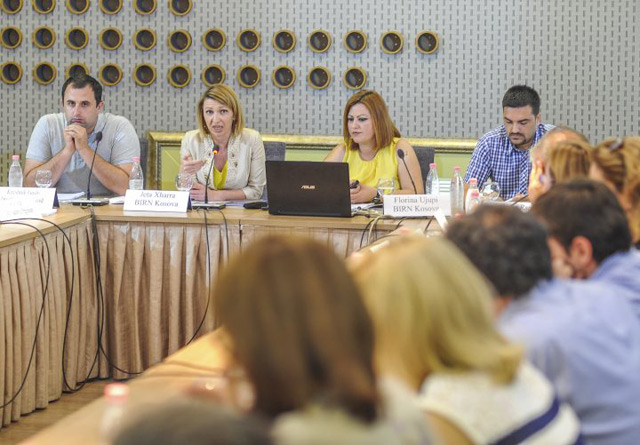 The report, titled “Tenders of Endearment,” includes many important elements that have to do with public expenditures by local and state and institutions in 2015.

The report has eight categories and includes 169 contracting authorities who have developed procedures through procurement.

Through statistics data, BIRN showed which categories spend the most from the state budget, highlighted irregularities during the procedures and cast light on cases that are under investigation.

The report authors found that the phenomenon of awarding tenders to family members and friends of politicians in power, or of procurement officials is a hallmark of the procurement process.

Shqipe Pantina, a Kosovo opposition MP who is also part of the Finance Commission of the Parliament, said that corruption is increasing in Kosovo because those who were declared guilty have not been punished.

She added that corruption is not just a perception in Kosovo, but this phenomenon has turned into organized crime.
BIRN Kosovo Executive Director Jeta Xharra, said that despite the fact that public opinion is becoming aware of reporting abuse and corruption, the budget is still suffers from dishonourable procurement.

According to the co-author of the report Florina Ujupi, Kosovo institutions need to work urgently in raising human and technological capacities in the procurement sector and in fostering collaboration between procurement professionals and judges and prosecutors.

In the report there are infographics that show the statistics about the tenders published by the Public Procurement Regulatory Commission (PPRC) in which the pending differences between institutions are made plain.

The report also presents a few monitored court sessions about procurement and analyzes contracts in which the contracting had violated the administrative guideline of PPRC by publishing tenders without a set amount.