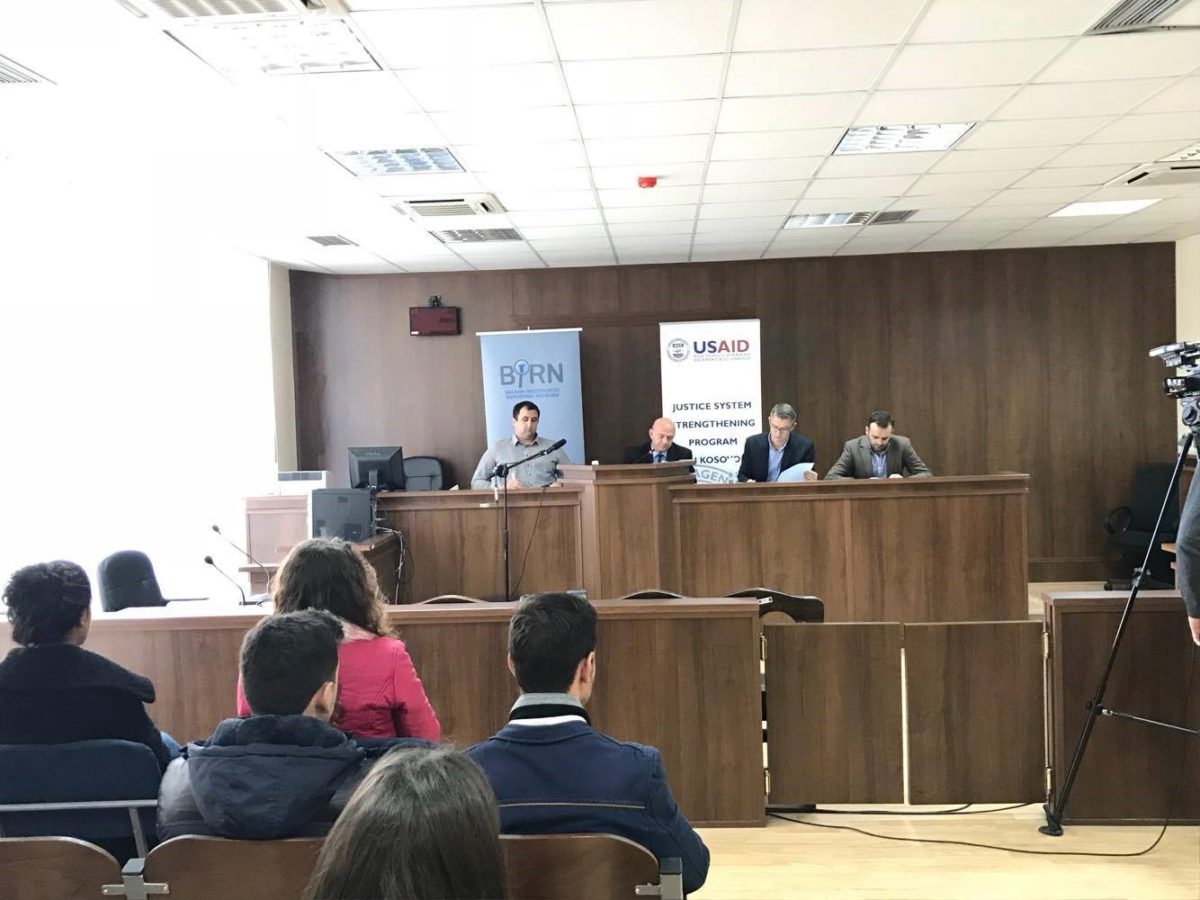 During the discussion, moderated by BIRN Kosovo’s Chief Editor Kreshnik Gashi, the panelists provided lectures to law students on attending court hearings and accessing court record information. The panelists also briefed the students on the rules and regulations regarding photographing, broadcasting, and recording within a court hearing; moreover, they specifically mentioned that such actions may be fully permitted in a manner that ensures that the fairness and dignity of the proceedings are not adversely affected.

Additionally, panelists and students discussed public participation within court proceedings related to divorce, child custody, property disputes, inheritance, labor disputes, and financial disputes. For instance, according to the panelists, if a case involves certain claims of physical or sexual abuse, the judge has the right to decide on making the case private. Additionally, judges have the authority to restrict public participation, if, for instance, confidentiality is deemed significant.

Nevertheless, public participation is allowed during a divorce trial, unless any particular reasons requiring confidentiality are outlined in advance. Last but not least, students learned that courts are also authorized to limit what may be reported in order to protect the welfare of families and children.

BIRN Kosovo, under the “Increasing Transparecy in Kosovo’s Judicial System” Project, supported by USAID’s JSSP, will continue to conduct debates of similar nature in the coming months.