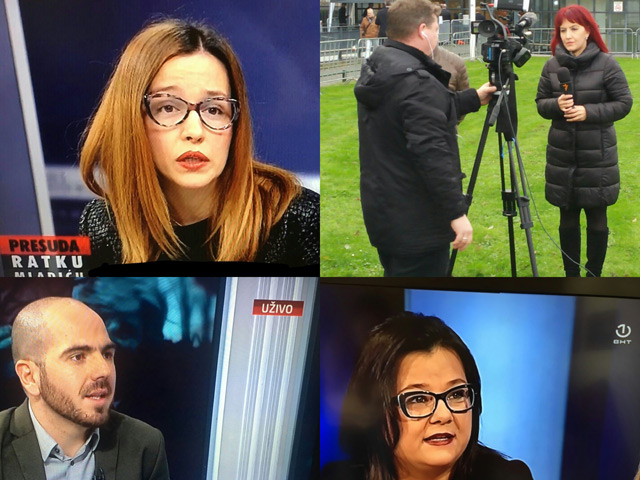 BIRN BiH’s executive editor Erna Mackic and journalist Admir Muslimovic followed the sentencing of Ratko Mladic in The Hague. They filed reports from the courtroom, in real time, before and after the judgment, along with reactions from those who were most affected by the trial.

BIRN BiH also had a live blog dedicated to the Ratko Mladic verdict, publishing minute-by-minute reactions and news from The Hague, Srebrenica, Prijedor, Banja Luka and Sarajevo. For ten hours, while the blog was live, it had about 1,200 unique visits.

In the week of the Mladic verdict, over 107,000 people visited the Facebook page of detektor.ba. Its Twitter account had 33,500 impressions and the web site www.detektor.ba had more than 4,700 unique visitors.

In cooperation with Radio Free Europe, a TV debate was produced about the first count of Mladic indictment – genocide in 1992 in six Bosnian municipalities.

BIRN BiH will this week publish special reports on the Herzeg-Bosnia verdict at the Hague Tribunal.