BIRN presented the results of its investigation into memorialisation in the Balkans at a round-table debate in Sarajevo on Thursday, where participants discussed the problems caused by the post-war monument-building boom in the former Yugoslav region. 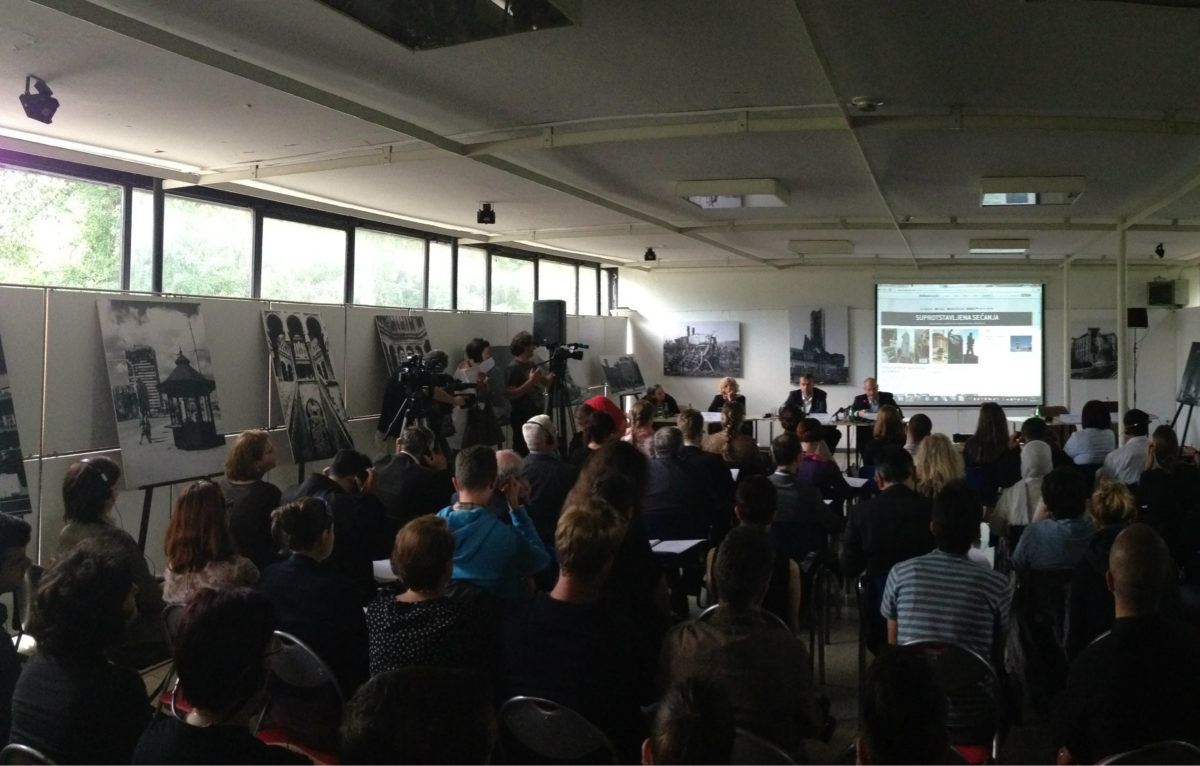 The in-depth investigation examines how different states and ethnic groups use monuments to promote their own versions of past events, how governments use them to manipulate history for political advantage, and how they are used as a tool for nation-building in the region.

It was put together by reporters from BIRN’s Balkan Transitional Justice project in seven countries across the region.

The debate was led and moderated by Sarajevo-based researcher and memorialisation expert Nicolas Moll.

Participants included by Amra Custo from the Institute for Protection of Cultural, Historical and Natural Heritage of the Sarajevo canton, Petar Todorov from the National Institute of History from Skopje, Ljubinka Petrovic Ziemer from forumZFD, Almina Jerkovic from the Ministry for Human Rights and Refugees of Bosnia and Herzegovina, as well as representatives from an organisation called Four Faces of Omarska.