BIRN’s latest documentary ‘The Majority Starts Here’ was given its Washington DC premiere at the National Press Club on November 3, sparking a debate about transitional justice and reconciliation processes in the Balkans. 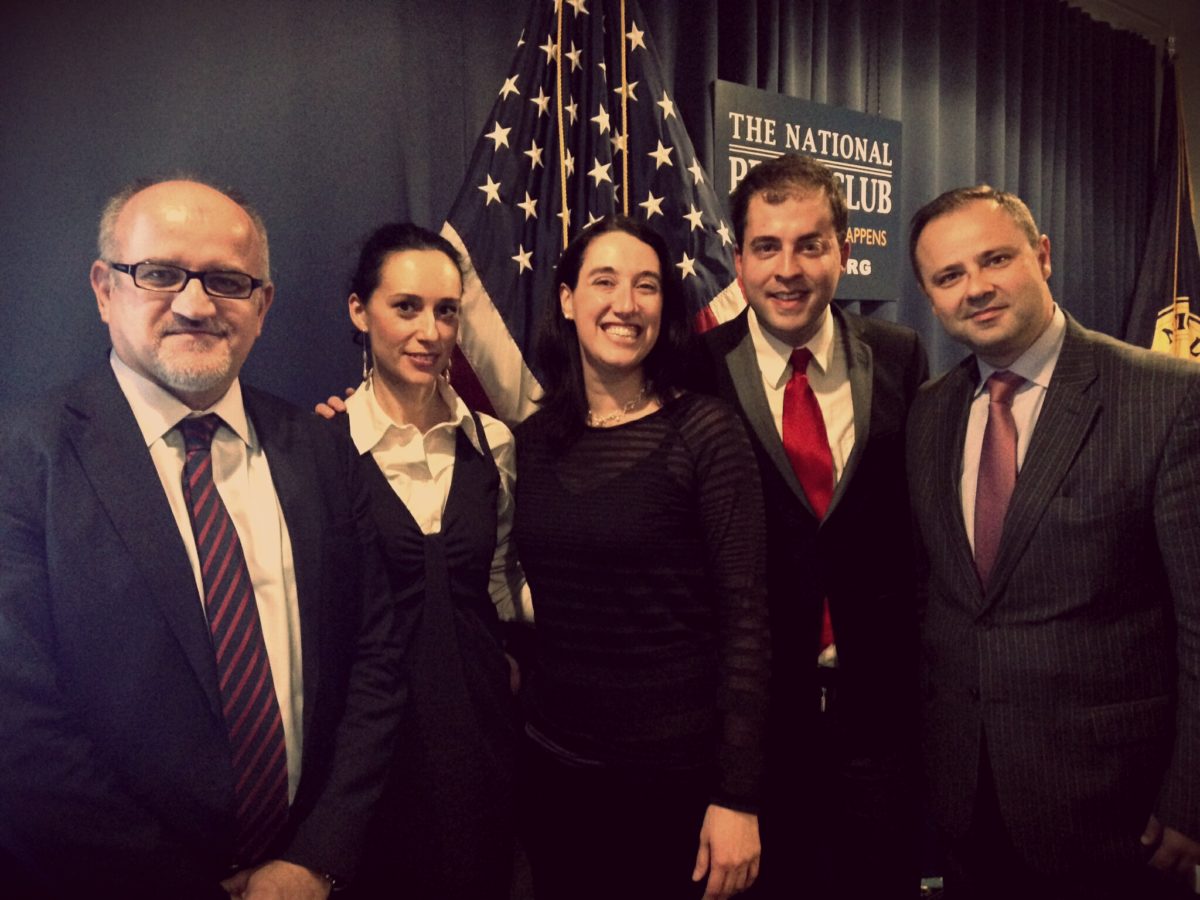 After the screening, Molly McCluskey was joined by Petar Subotin, BIRN Regional Development Officer, for a discussion.

Questions were raised about current transitional justice processes in the region in light of shared narratives which, judging by the documentary, are clearly missing.

Participants in the debate wanted to know whether is it possible to put current government officials at the same table to come up with joint history books that would bring together younger generations in the Balkans, and whether these shared narratives might be able to bridge the gaps created by the individual histories that each country has shaped in accordance with its political agenda.

The audience was also eager to hear what the film’s young protagonists are doing now, and whether they got along during the documentary shooting despite their different backgrounds.

The overall audience impression was that the documentary was optimistic and offered hope, suggesting that younger generations are key players in the ongoing reconciliation processes and that it is only they who can overcome the legacies of the wars.