Representatives of the Balkan Investigative Reporting Network in Bosnia and Herzegovina participated in a public debate on a draft revision of the Law on Free Access to Information, held in Sarajevo on February 23. 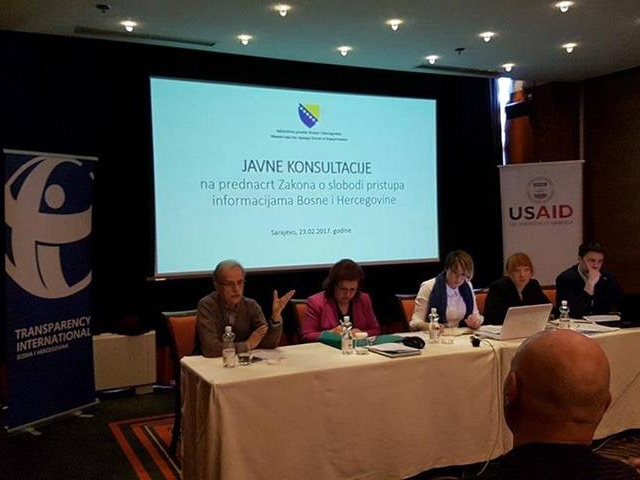 The debate was organized by Transparency International and the Ministry of Justice of Bosnia and Herzegovina, and involved representatives of the authorities, non-governmental organizations and the media.

A several-hour session during which the participants discussed all the changes in the new draft law resulted in a joint conclusion that the existing law was a better platform for revisions than the draft law.

Media representatives said they considered the existing deadline for submission of information requests, 15 days, too long, adding that they thought the proposal to extend the deadline by an additional 15 days was unacceptable.

PR officers employed with state institutions said that the law should define who could deal with requests related to this specific legislation.

Following the receipt of written proposals, which the debate’s participants submitted to the Ministry of Justice later on, the ministry will inform the public of its final decisions.